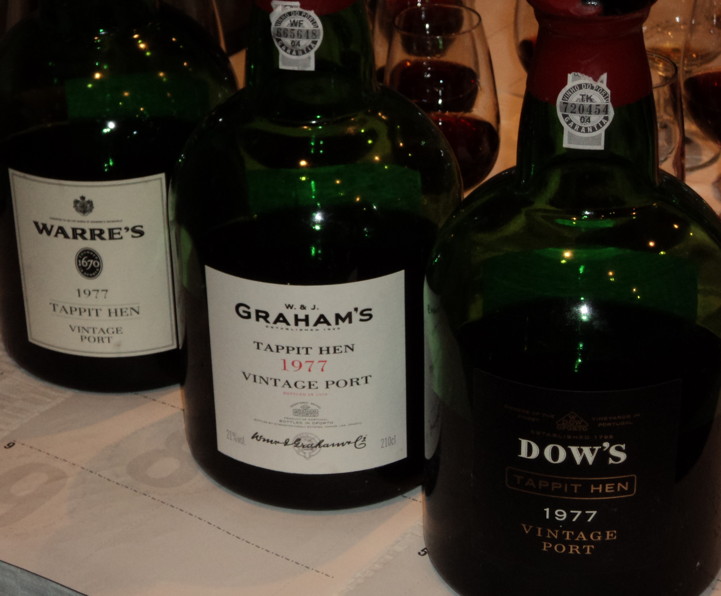 From Tappit Hen (ex-cellars) and in a black glass. Little on the nose other than a hint of sour rhubarb. Brown sugar on entry, then a strong sour rhubarb acidity before some smokey charcoal on the mid-palate. Herbaceous aftertaste, then a bitter nut-skin length of good duration with more of the sour rhubarb. 83/100

Two hours later (4 hours after decanting) this was a deep red, 50% opaque with a gently perfumed nose. On the palate there was sweet redcurrant fruit offset by an acidic core and a woody undertone. A touch of heat on the aftertaste before a lingering finish of dried cranberries.

In common with the other two tappit hens opened on this night, the decant was way too short for the wine to show well. Later in the evening the wine was much better and over the following 2-3 days it hit a peak where the port would have scored 4-5 points more than it did on the night. It was rightly compared to a younger vintage port not quite coming out of its closed phase. 86/100. Drunk 20-Feb-13. Decanted 4 hours.