This post to hold plans as and when agreed.

Date: Tuesday 2nd October 2018, not far from the tenth anniversary of the Cockburn Vertical in October 2008.

Venue: The Red Room at The Boot & Flogger. 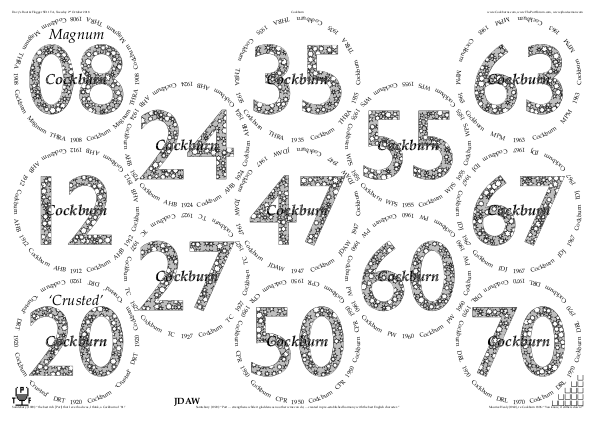 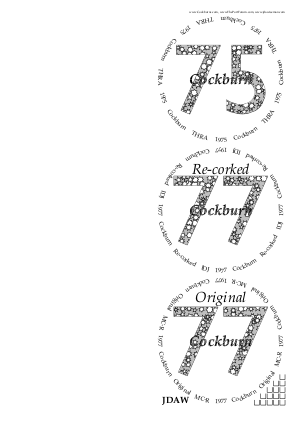 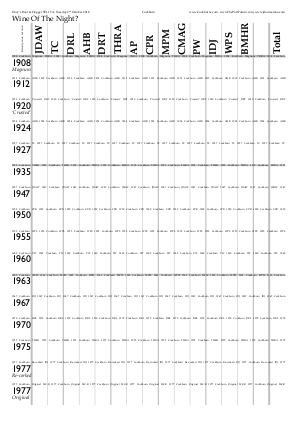 The first substantial vertical arranged on ThePortForum was of Cockburn, in October 2008. It was magnificent.

Should we do it again, on a Tuesday close to its tenth anniversary? Both Tuesday 2nd October 2018 and Tuesday 16th October 2018 work for me. Preferences? Bottles? People?

Edit: an invitation has been messaged to the London tasters group.
Top

Yes please. I’ll look up what I have when I have time.

Should you keep a seat for an industry guest?
Top Ports in 2021: Niepoort Garrafeira 1931; Niepoort VV (1960s bottling) and Cockburn 1969 Single Harvest Tawny

I have the un-recorked 1977.
"The first duty of Port is to be red"
Ernest H. Cockburn
Top

MC-R?
"The first duty of Port is to be red"
Ernest H. Cockburn
Top

This seems to be a much-welcomed plan.

I was also thinking DMS.

And I'm no longer sure that both the mentioned Tuesdays work for me. Oops.
Top

Both?
"The first duty of Port is to be red"
Ernest H. Cockburn
Top

Count me in - early in the month much preferred, as I get hectic during the approach to bonfire night.

Reluctant to release a '66 as it's only two years since the last one and there are only four bottles left. Perhaps worth asking the Syms if they inherited any bottles of that. If they'll let a '45 go that would be fantastic as it's a superb wine.

Is there still stock of the '77 that was gifted to us after the tasting ten years ago?

I have a large number of vintages of Cockburn that I can spare. Might this be the occasion to pop my magnum of 1908 that came with it's original invoice?
Last edited by uncle tom on 10:08 Fri 02 Mar 2018, edited 1 time in total.
I may be drunk, Miss, but in the morning I shall be sober and you will still be ugly - W.S. Churchill
Top

How can I miss. This was a fantastic first TPF event
worldofport.com
o-port-unidade.com
Top

Yes please. Have the 63 and 50 plus other later ones.
Top

This evening the first post will be updated from my computer. If we are too many (i.e., more than thirteen of us), then there will be a wait list.

There are some matters to discuss.

¶ Without those, is there too big a gap? Do we exclude the Symington vintages?

¶ The 2008 tasting was done over the whole day, there being lunch and evening sessions. Previous answers affect whether we do that again. But we might have to even without the youngsters.
Top

Currently I'm free on either the 2nd or the 16th so would be happy to go with Tom's and Julian's preference for the 2nd.

I'd rather not re-taste the vintages younger than 1977. They're not great. And SFE vintages are still too young to be at their best.

If we restrict the tasting to vintages 1977 and older (including 1975, which might not be as bad as it was) and a maximum of 14 vintages then we should be able to cope with this as a single sitting.

I currently have 70 and 83 (which agree isn't great). Plenty of time to aquire something else, or adopt.
Top
Post Reply
225 posts