Sandeman Vertical on Friday 12th May 2011 at the RAF Club, Piccadilly, London.

Suggested improvements to the software resulting from this tasting have been posted in the topic Software that makes placemats.
Top

From the 1930s to the late 1960s Sandeman was very consistent: medium-light weight; strawberry fruit, then mid-palate dryness, ending with long brown sugar.

That lasted until the 1970s, with 1980 being completely different. Prior to the 1930s the ports were too decayed to know for sure.
Top

I also want to extend my thanks to Axel and Wolfgang for their work in organising the tasting, to Julian and Jacob for their efforts to make sure glasses were clean, bottles decanted and samples poured and to everyone who attended and made it a very enjoyable evening.

My only regret was that I forgot to bring sample bottles with me, so when I was the second person to leave at 11pm, only half a dozen of my glasses were empty. I did find it hard work running through 26 samples in one evening. By the time I had finished I only had 30 minutes or so to sit back, drink and relax. Next time I must arrange to stay in London for the evening to give me a bit longer to relax.

And - thank goodness - there were many, many water glass boxes which got ticked. I couldn't believe that when I woke on Saturday I had a clear head!

Thanks very much to Axel, Wolfgang and everyone else who helped organise this and for Rob for letting me have his place at the last minute.

This was very much a game of two-halves, with the Sandeman house-style rather dramatically changing in 1967. Before that, the wines were delicious; quite light and gentle, with caramel or toffee predominating over a long after-taste. I didn’t really see the strawberry which jdaw1 found, but I agree with the some-what paradoxically dry body under the layers of sugar. From 1967 onwards there was a little more bolder fruit with cherries and, quite unexpectedly, the strongest flavours of mint I have encountered in Port.

The very old Ports, up to 1911, unfortunately all seemed somewhat too decayed to be excellent drinking today. A slight exception was the 1911 which, although obviously damaged and almost madeirised, proved very nice. I suppose that just goes to show how much damage you can do to a Port before it becomes undrinkable! From then on, until 1967, the quality was extremely high in all years, with the major declarations (1963, 1955, 1945) being fabulous. The last half-century has been a bit tougher for the house and I wonder how well the 1997 and 1994 will be drinking in 20-years; they seemed rather light-weight to me. That said, even among the younger years, there were no unattractive Ports. I think Sandeman’s great strength is being able to produce something very good in both major and minor years and it is, perhaps, a shame that they do not have the market to allow them to do full declarations in every available year, as in the past.

One final thought; the glass-washing issue is becoming quite severe, since it requires two people to give up most of a day or three to give up most of an afternoon to get it sorted. I wonder if the organisers of the next big tasting should give some thought to hiring proper glasses to avoid this.

Thanks to you all for contributing port, decanting and glass-washing-skills and (as it appeared to be more important with more expensive tastings) your attendance. I believe this was a tasting that is hardly going to repeat itself and gave myself a fantastic overview of the house with all its strengths and ideas in the past and presence.

Hope to be with you again soon (latest in October)

From the historic point of view, I was rather disappointed that there is no mention of any of the ancient wines in AJS’s Vintage-Wise, although he does remark that ‟The ’78 was undoubtedly the finest vintage of the decade; it was shipped by all shippers. Then, in order excellence, came the ’70, ’73, ’75, and ’72.”. That said, thanks to Richard Mayson bringing a copy of his book with him, we did realise that the 1873, whilst being made in the middle of the phylloxera outbreak, would have been made with ungrafted root-stock, perhaps allowing it be called a pre-phylloxera Port!

JacobH wrote:That said, thanks to Richard Mayson bringing a copy of his book with him, we did realise that the 1873, whilst being made in the middle of the phylloxera outbreak, would have been made with ungrafted root-stock, perhaps allowing it be called a pre-phylloxera Port!

If the port was produced during the infestation but but before the grafting began, would it not be more accurate to describe it as "Phylloxera Port"? 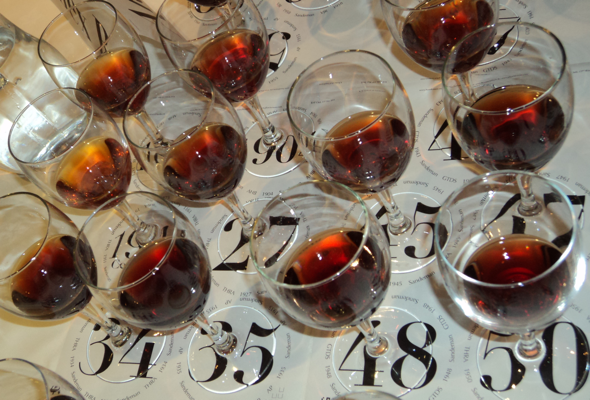 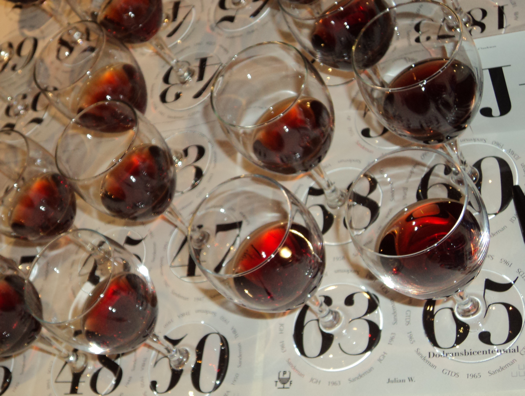 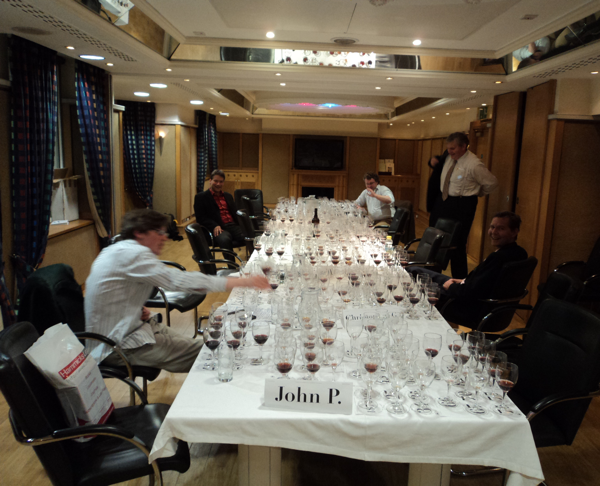 jdaw1 wrote:Other pictures have been posted in the threads for Sandeman 1904.

jdaw1 wrote:Other pictures have been posted in the threads for Sandeman 1904.

The cork appeared to me to be of the right age to be consistent with the suggested vintage and was clearly branded to read "VINTAGE 1904". The shipper was branded on the cork, but was not legible.
Top Ports in 2020: Croft 1945, Niepoort Garrafeira 1940 and Lamelas 4 Geracoes
Top Ports in 2021 (mid August): Niepoort Bioma 2017, Quevedo 1970 White Colheita
Top

Thanks; that’s interesting to know.

Richard Mayson just posted this link on Facebook: http://www.richardmayson.com/Port_Notes ... 873__1997/
"The first duty of Port is to be red"
Ernest H. Cockburn
Top

All RM's links no longer work. Annoyingly - since he mentions this tasting in his book..
Daniel J.
delete.. delete.. *sigh*.. delete...
Top

djewesbury wrote:All RM's links no longer work. Annoyingly - since he mentions this tasting in his book..

The former description of ‘permalink’ adds to the sense of a promise not kept.

But now there is a new ‘permalink’. For how long?