To celebrate the Quinquagenary of AHB, he arranged a horizontal of 1963s in Wokingham at The Cantley House Hotel (evenings of Friday 11th and Saturday 12th October 2013) and The Walter Arms (lunch on Saturday 12th), and two evening Champagne tastings for our better halves. Sadly the venue was not able to accommodate all he would have liked to have invited. Diaries had been blocked since early 2012, and bottles had been gathered for most of a decade before that. A splendid weekend indeed.

Partial links:
• Review of the event as a whole, which starts with a full set of links;
• Placemats (and parameters by which constructed).
Top 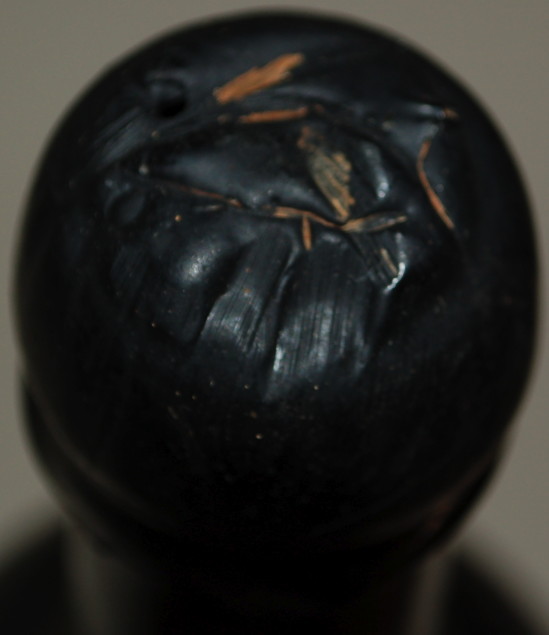 G63. Red, 30% opaque. Nose: corked? Others confirmed. Light. Too acidic. Good sugar, but much too much acidity. Not a correct bottle of Graham 1963.
Top

Strawberry on the nose. Bitter. Not good.
"The first duty of Port is to be red"
Ernest H. Cockburn
Top

Better and more youthful than my other recent experiances with this wine, but still thinning and fading a little. Typical Graham signature.
I may be drunk, Miss, but in the morning I shall be sober and you will still be ugly - W.S. Churchill
Top

1963 Graham’s Vintage Port
This started out nicely with orange marmalade, cigar leaf and some menthol. Then something happened and it just completely fell apart and turned stinky. Really weird I’ve never had that happen like this before.
Not rated.
Top

tawnyish red; honey melone fruit nose, slightly flatish nose; one dimendional; in my eyes a falty bt due to a good Grahams 1963 always has a faboulous finish and second layer on the palate which this bt did not have. In my eyes slightly oxidised due to bad cork.
"Sometimes too much to drink is barely enough"
Mark Twain
Top

The last coupe of times I had the G 63 I was not as impressed as I was in the years before as this Port is much more mature than others. I did downgrade this a lot compared to other big names such as Taylors, Fonseca, Dow and NN this weekend. 17

The last time I had this in splendid shape was at the factory house some years ago in Magnums.