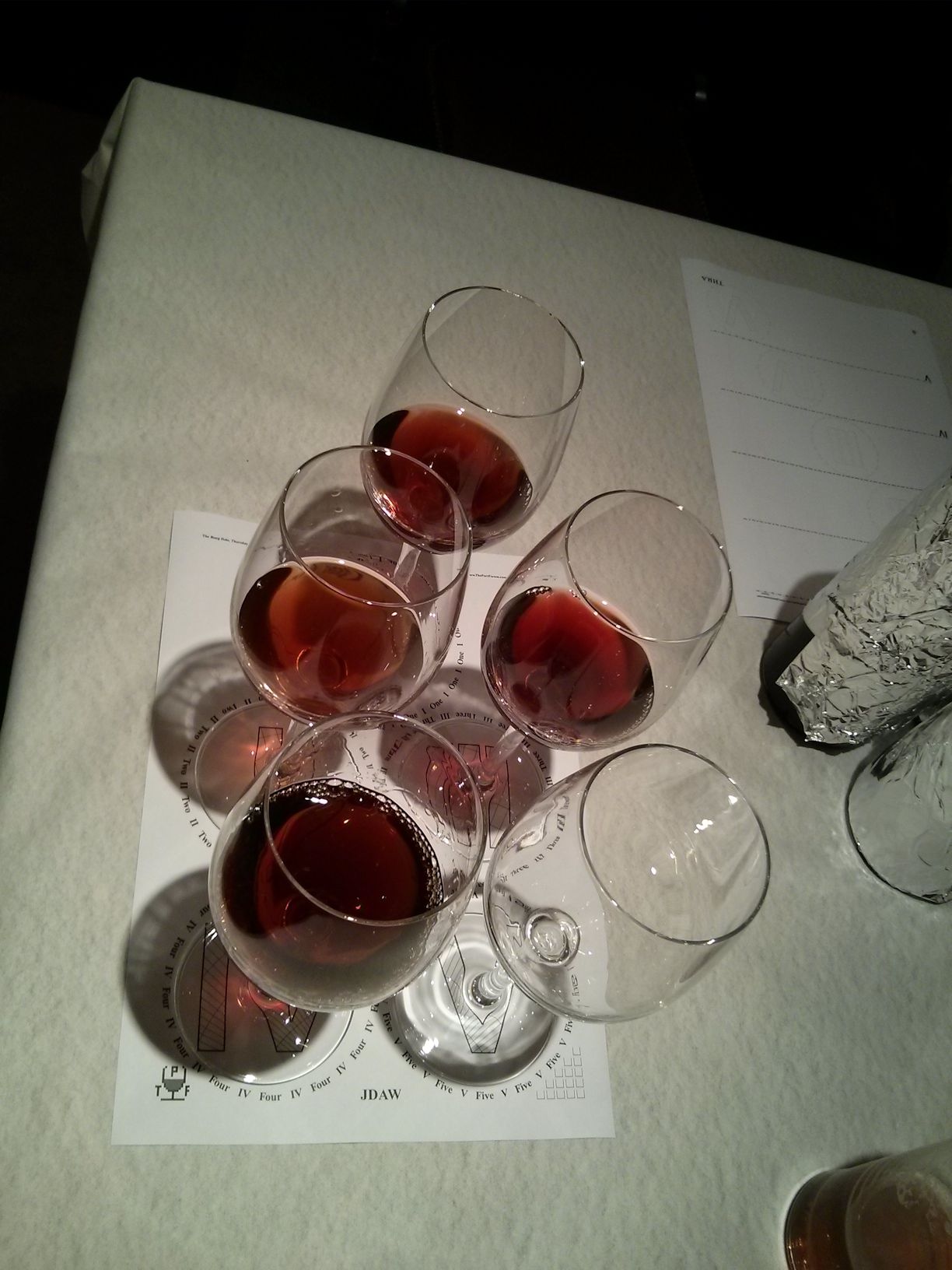 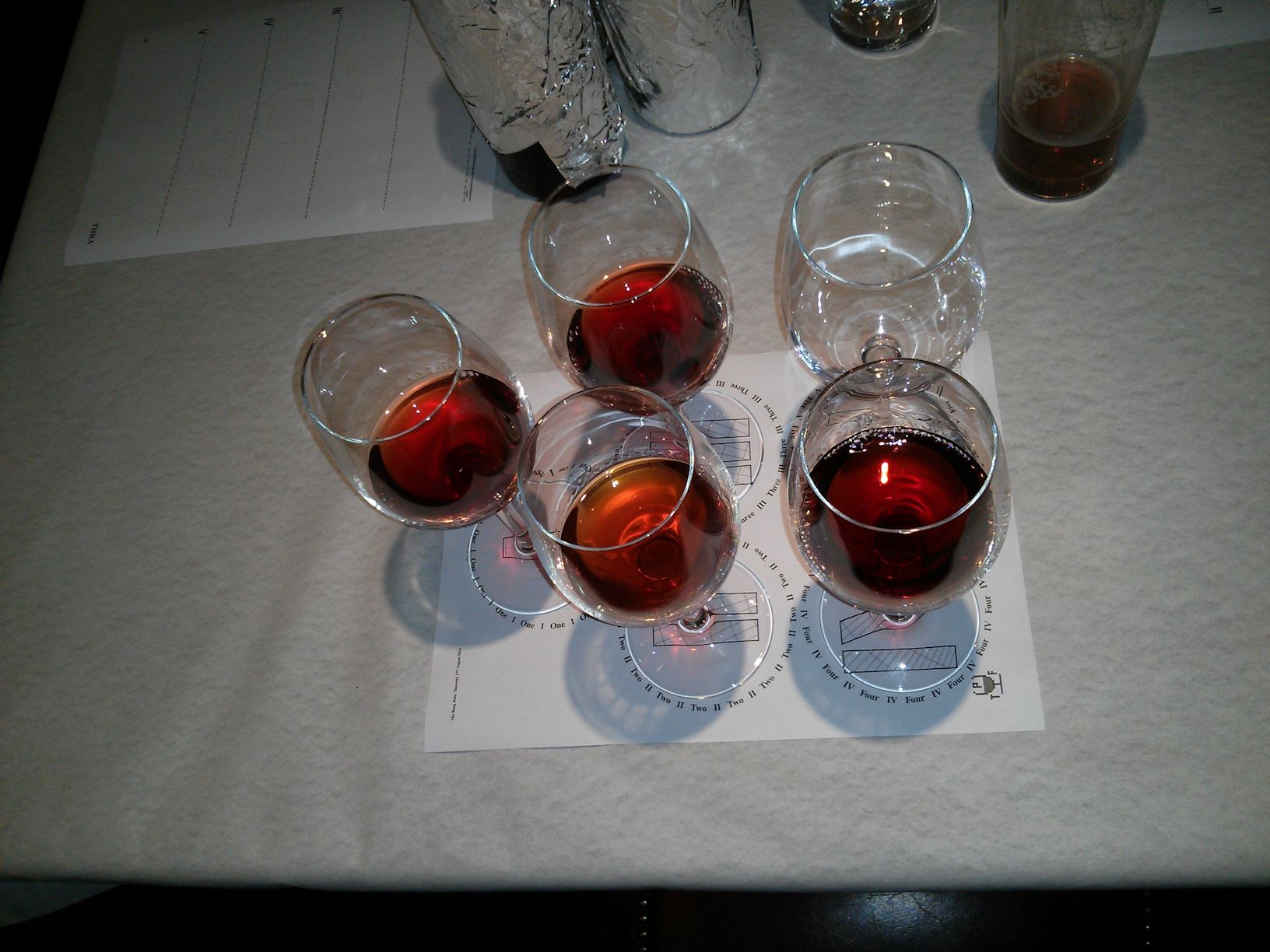 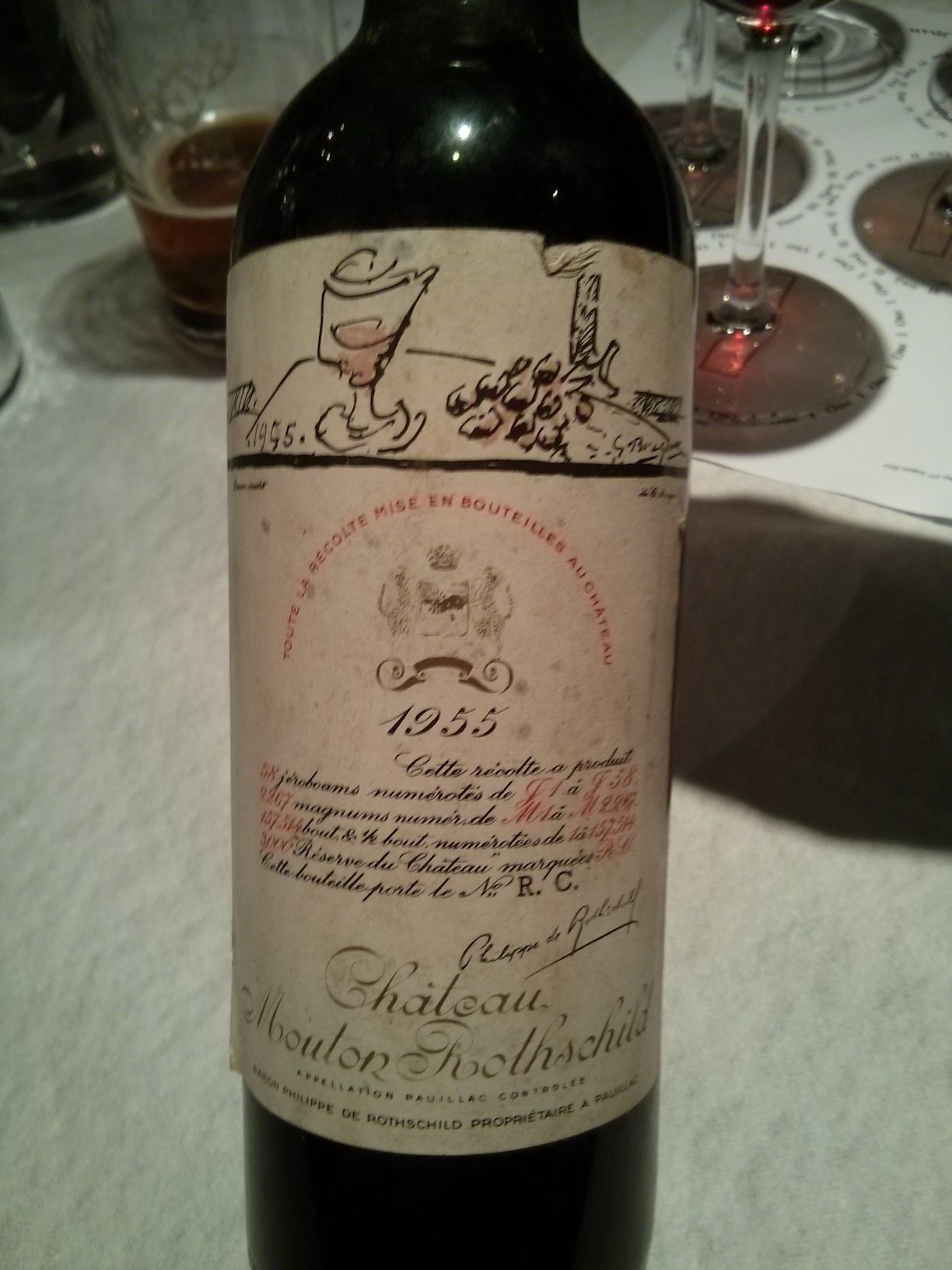 Sounds, and looks, like a fine evening's drinking.
Top

Yes, does sound like a good affair-unfortunately, two passes in three days proved beyond my means!
Top

Brilliant evening I stumbled into after attending some leaving drinks. WON was the Mouton 55 in front of the Feuerheerd 63

I may be drunk, Miss, but in the morning I shall be sober and you will still be ugly - W.S. Churchill
Top

You mean that our first guesses were wrong, and so were our subsequent guesses, and a few after that, and so you said we had to keep guessing until we got it. And I got it. I was right. 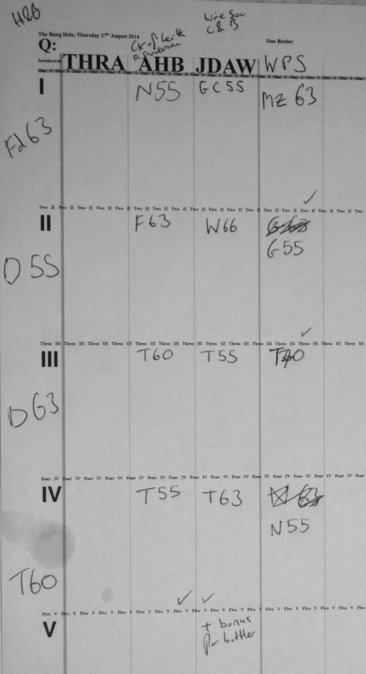 Crosses absent because I used the wrong voting page. Doh! And I mis-dated the placemats with 27th rather than 28th. Doh doh!!
Top 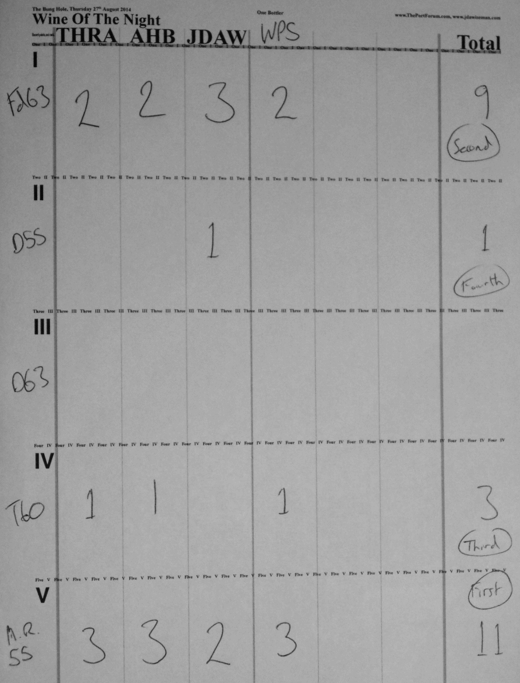 Humble thanks to Tom who really rose to the challenge of a theme which was thrown out as an impossibility - four bottle of port from the same UK bottler. And not only did Tom manage the challenge, he also added the twist that although there were four bottles there were only three shippers and three vintages represented. Served blind, we were as good as usual in managing to identify shipper and vintage. Wolfgang and Julian tied in first place with 2 points (out of a possible 10) and I came third with 1 point.