Christopher - we thank you deeply for the very kind act of donating the bottles to the tasting. We also compliment you on the superb organisation of your first tasting!

In addition, CMAG also donated a magnum of the 2006 Vesuvio (which CMAG helped to tread in the lagar) and MPM contributed a bottle of Fonseca 1977 for the decanting crew (which was incredibly young!)

Lastly I should note that my daughter visited briefly to collect a goodie bag that I had brought into London for her. She stayed long enough to try the 1994 vintage (her birth year) and loved it! A triumph for me as it is the first time that she has expressed an appreciation and like of Port. That now gives me a need to buy more Port! I have enough Port to last my lifetime — but not enough to last hers too!!
Top Ports in 2021: Niepoort Garrafeira 1931; Niepoort VV (1960s bottling) and Cockburn 1969 Single Harvest Tawny

Christopher - many thanks for your very generous donation of the bottles for this tasting, very kind. Very enjoyable evening in great company with the usual great food!
Top

An excellent evening, great company and great Ports. Thank you very much CMAG for organising and donating. After a somewhat "drier" January than I would have liked, most welcome indeed. Thanks all, and thanks B+F for looking after us.
Top

As people have said, a very good evening. Thank you Christopher.
Top

Thank you, Christopher. I very much enjoyed this event and it was very interesting to taste these Vintage Ports 13 years on from when I first tasted them at the Quinta with you, AHB and others.
"The first duty of Port is to be red"
Ernest H. Cockburn
Top 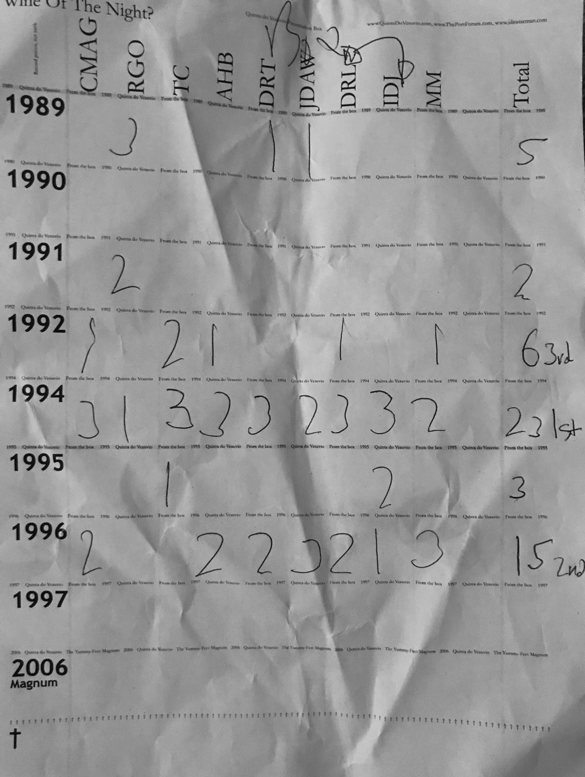 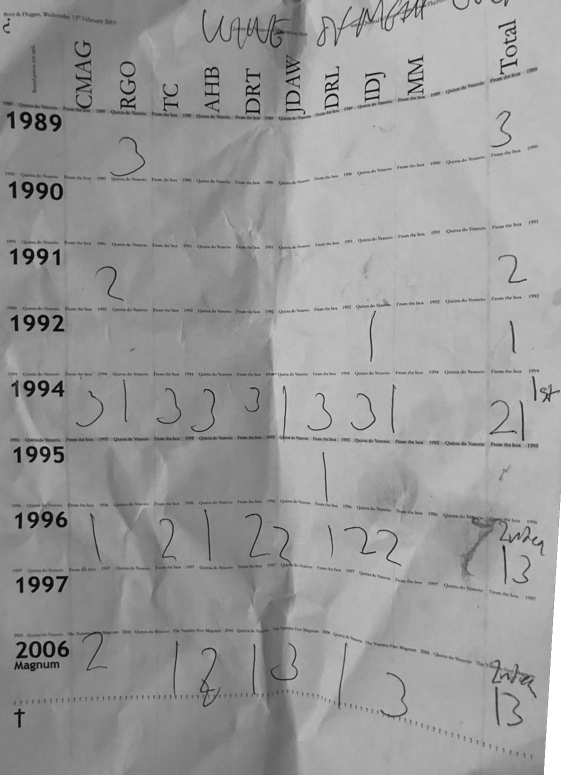 Well it took me 12 years to organise my first tasting! Very helpful having the team food order and Julian doing the tasting sheets.

The Boof and Flogger were excellent. We are very lucky to have found such a welcoming home for Port Forum tastings.

Well to the tasting. Vesuvio is a magical Quinta and is clearly making some excellent Port

The 1994 was the winner which I think surprised no one this really is a fantastic Port and worth looking out for. The 1996 was a worthy second place. The 89, 90 and 91 were much more mature than the other Ports with the 89 in particular still showing signs of Douro Bake. I think generally the wines after 91 need more time.

The extra Port added the Vesuvio 2006 from Magnum was excellent, very pleased as it’s Arthur’s Christening Port. A Port which has a long life ahead of it. For such a difficult Vintage the Quinta did a world class job.

As for the Case after an oiling with linseed oil and some oiling of the joints my Daughter now has a rather smart trunk for all her art work.

While I don’t expect such packaging as the norm - buying a vertical in a box ex cellars so you know the wines have been kept well provides a really fun way to assess the different vintages of a producer. It would be nice to see other producers offer this. Now I just need to find another box in 10 years time to see how they are developing.

The results of this tasting were not shared with our friends across the Pond who did the same tasting a few weeks after us. I note both groups had the 94 as the stand out but the 96 was not in the top three. It will be interesting to see their full results.

A great evening and thank you to everyone who came.
Top

Very interesting to see the initial comments from the NYC tasting. The 1996 seems to have shown very differently to the bottle we had in London. Apart from that I think the general theme of pre 1994 being very advanced for their years seems to be consistent whilst the younger wines are generally still black and dense fruit bombs. 1994 is a class above everything else in this line-up and is likely to remain so for decades to come.
"The first duty of Port is to be red"
Ernest H. Cockburn
Top