I am also bringing a third bottle, just for a laugh (so if anyone can bring a spare blind bottle bag I can borrow, please do.)
Top Ports in 2021: Niepoort Garrafeira 1931; Niepoort VV (1960s bottling) and Cockburn 1969 Single Harvest Tawny 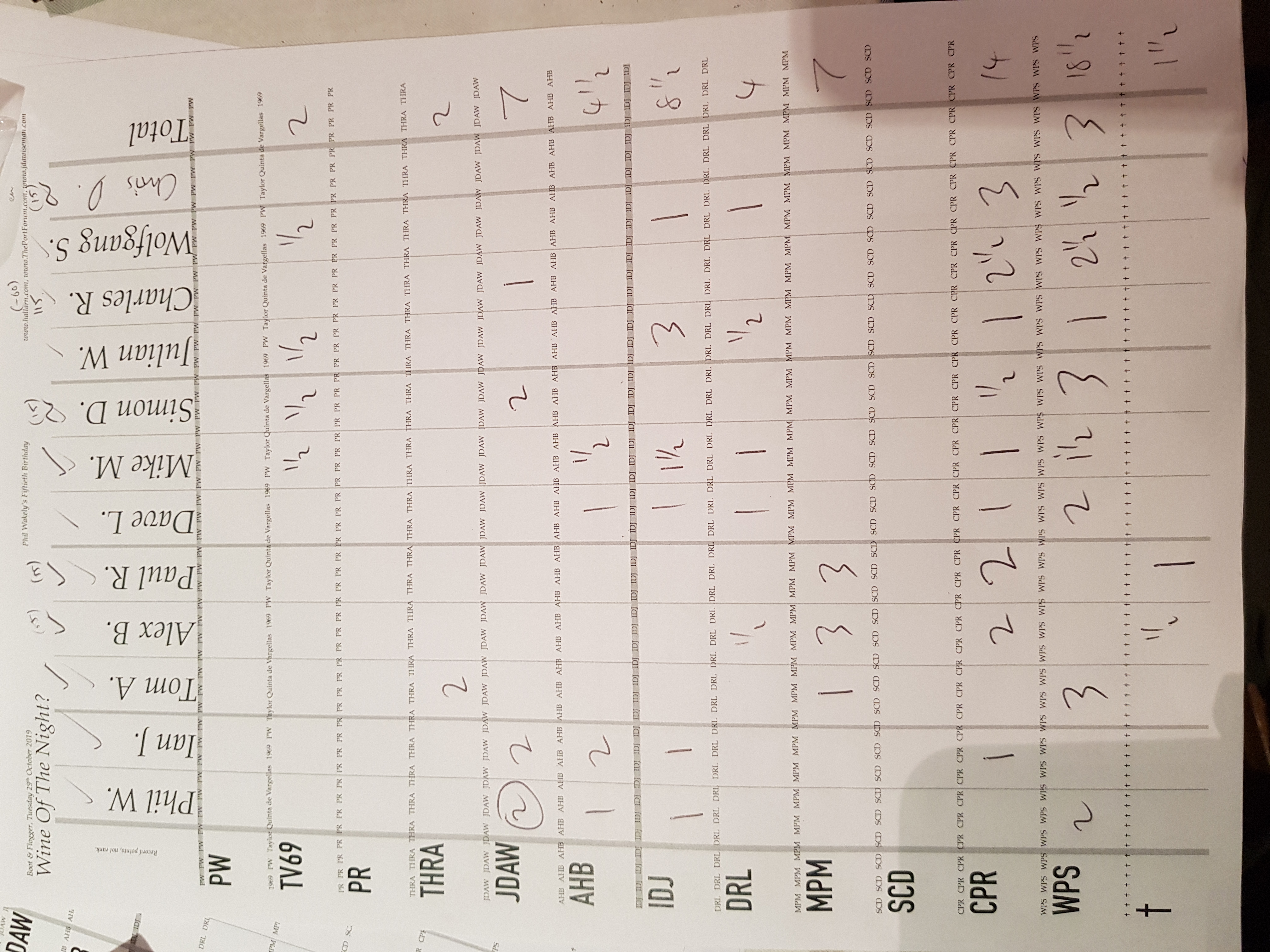 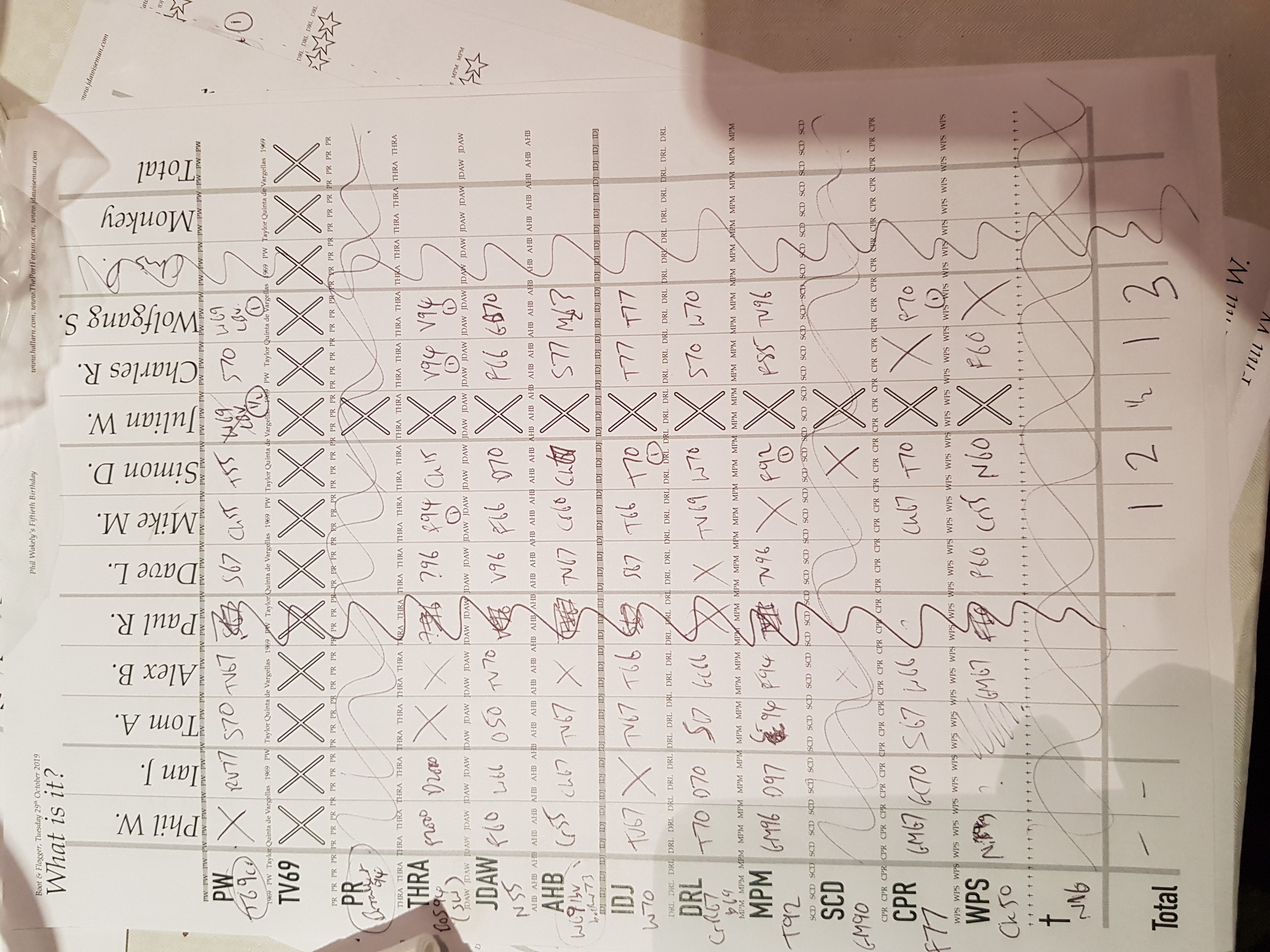 Much thanks due to all for last night's tasting, with additional guests Paul and a surprise showing by Chris D. Particular thanks to JDAW for organising during my recent absence leading up to the tasting, and for preparing a most unexpected gift of the book of the evening - my very own special edition of Port Vintages for the ports present at the birthday tasting! Great job, and thank you again indeed.

The chosen theme was intended to allow a good variety of potential ports, and that turned out to have worked well; we had LBVs and crusted from '69, as well a broad range of VPs from '50 to '16 and a good variety of shippers also. One attendee's bottle disappeared on the way to the tasting, but another had a "spare" pre-decanted bottle; only in such a great group of geeks could we likely find such capability!

My personal favourites were the Noval '55 which some were less keen on than others but I though was superb (only fading slightly towards the end of the evening) and the Cockburn '50 which for me was a beautiful old, slightly tawnied/toffee'd vp - in fact I guessed it might be a garrafeira, though it was perhaps a little soft for that; and the Ck50 was indeed WOTN overall, just ahead of the F77.

This was also the first time I tried the W69lbv; I thought it showed well, now very mature and showing some hint of oranges (which fooled me into thinking Croft rather than Warre), but did seem to degrade significantly by the end of the evening so will perhaps be wise to use a short decant in future. There were two faulty wines, a Bb94 (of which I understand a previous bottle had a similar problem) and a heavily-VA'd GM90 - the latter a shame as that can be a lovely wine when showing well - but these things happen. In all, we had a great range of bottles (others I haven't mentioned above included CrR67, T69cr, W70, T92, BoS94(SW) and N16).

Overall it was a very enjoyable evening, and thank you to everyone for the organisation, their bottles, their excellent company, and for allowing me to use my birthday as the excuse for us all to get together

Does anyone know whether the bottle Tom had stolen en route to the Boot & Flogger was returned intact to his house while he was away?
Top Ports in 2021: Niepoort Garrafeira 1931; Niepoort VV (1960s bottling) and Cockburn 1969 Single Harvest Tawny

Top Port in 2022 so far: the most stunning bottle of Quinta do Noval Nacional 1931. I have never drunk such a wonderful bottle of Port.
Top
Post Reply
5 posts • Page 1 of 1