This post to hold arrangements as and when agreed. 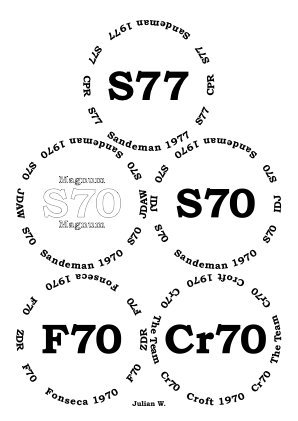 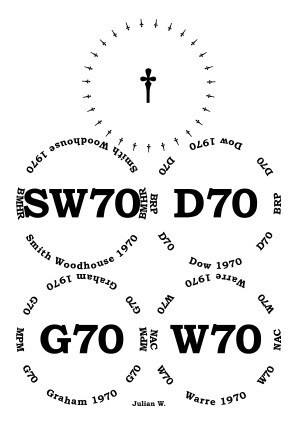 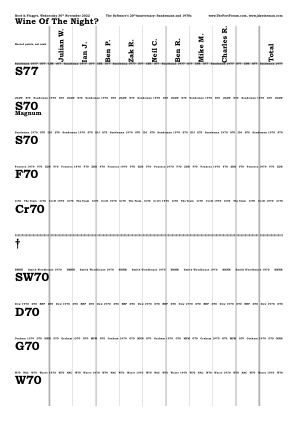 Those with a long memory might recall my failure to book a room for the 15th Anniversary. And, yes, moments ago an email was sent to the B&F.

Who’s interested in a tasting to commemorate the 20th Anniversary of The Placemat Software?
Top

Yes please, and I can supply the S60.
"The first duty of Port is to be red"
Ernest H. Cockburn
Top

The 2002 tasting had six people, and seven different Ports. The 2022 tasting might have most of fourteen people, so will need more Ports. Hence bottles are not tightly restricted to those present at the earlier tasting.

I’m confident that we have enough bottles on the theme of ‘Sandemans, and 1970s’.
Top

I'd love to join but can't provide any of those specific ports. I can certainly rustle up a bottle that would be befitting of its company though!
Ben
-------
Vintage 1970 and now proud owner of my first ever 'half-century'!
Top

The W70 is the only one of those I have. But, as with others, I have other wines of appropriate stature.
Top

Yes please. I could provide the S60 or would need to adopt if I can.
Top

It’s unlikely that there will be attendance by all of SCP-DFS, SRG, and HEG, but this won’t be known until September. So early names on the reserve list will have a fair chance of promotion.
Top

Count me in or else the reserve list please.
Top

I could supply either of these
Top Ports in 2021: Niepoort Garrafeira 1931; Niepoort VV (1960s bottling) and Cockburn 1969 Single Harvest Tawny

Bump, so that this isn’t forgotten.
Top