On Wednesday 8th February 2012 four port enthusiasts met in The Bung Hole to enjoy some fine port, served blind. And we did. Links:
Top

Pictures of the glasses were taken early. Only the bottles of JDAW and DRT had arrived. 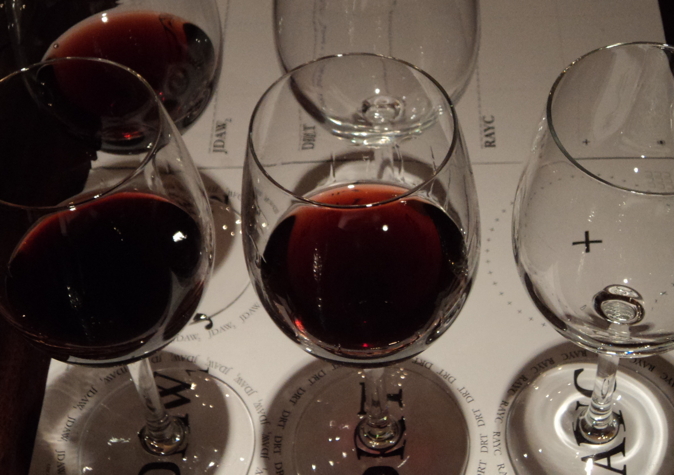 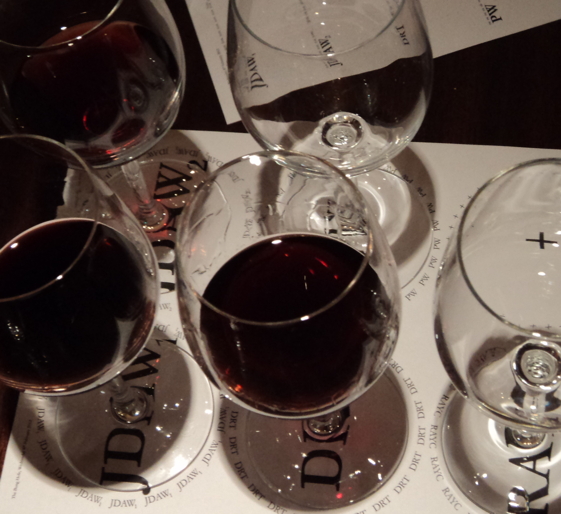 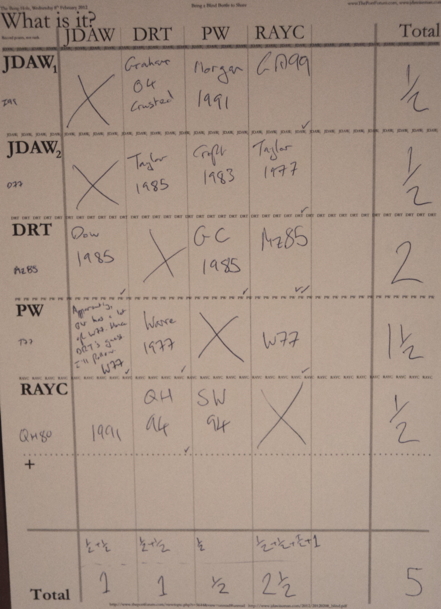 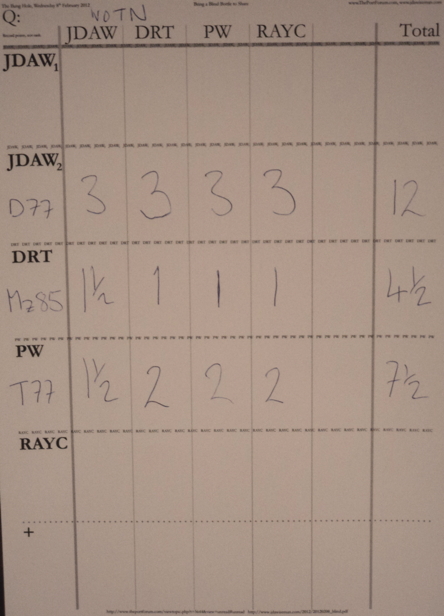 Later, there arrived in my email a picture of somebody’s late-night snack. 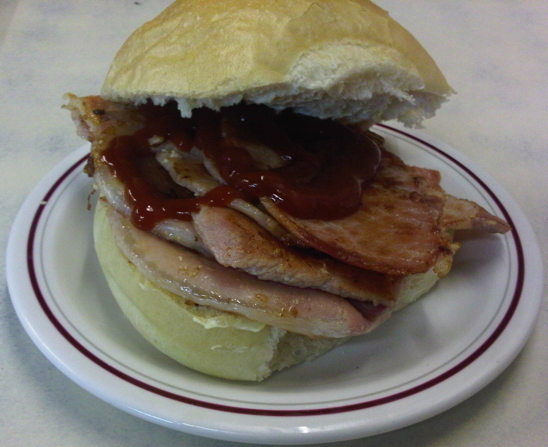 Another successful evening down in the Bung Hole.

Regretfully, the bacon sarnie wasn't mine

My first trip down the bung-hole, very pleasant surroundings and efficient staff; steak was very good (in hindsight I don't remember a bone in my bone-in rib, did I eat Julian's steak I wonder...?), some very nice port, especially the not-corked D77 (which seemed to be served to me in a magical self-emptying glass) and good company.

In hindsight, I may have over-indulged slightly... I distinctly remember Rob telling me his bottle was a F83, which I didn't think could be right since it tasted so radically different from one I had drunk earlier that week; In retrospect he was probably commenting on the fact that the bottle I'd brought the T77 in was an F83 bottle... hey ho. And I left my (rather minimal) tasting notes behind. Again.
Top

Clearly you are still alive and still have arms and hands, otherwise you wouldn't have been able to type that question. It is therefore unlikely that you ate Julian steak.

And I can confirm that your steak did have a bone. It was the same as mine. Do you feel as though you might have something stuck in your throat?