It was a relaxed and informal event, with some racing through the line-up and finishing the tasting quickly before dinner and others (OK, I admit, it was me) having to finish the tasting after dinner. Also after dinner there were a handful of extra bottles, these bring a magnum of Warre 1985, a Smith Woodhouse 1986 LBV (served blind), a couple of experimental ports and an Offley Boa Vista 2000.

The Smith Woodhouse was served blind and everyone asked to guess what they thought it was. Guesses were quite varied, being:
Cockburn 1963
Cockburn 1970
Dow 1963
Dow 1966
Dow Bomfim 1968
Dow 1983
Martinez 1967
Sandeman 1967
Sandeman 1982
Unknown 1966
Given the company this port was served in, I thought it showed very well and none of the guesses seemed to indicate that people failed to enjoy this port. A good showing for a bottle matured LBV with some decent time in the bottle.

As is usual, the Bung Hole (Davy's Holborn Bar and Grill) looked after us well, with excellent food and good service. No doubt we will be back soon.

Links will be added shortly.

(PS - Magnus, I have your tasting notes. Let me know if you would like me to scan them and email them to you.)
Top Ports in 2021: Niepoort Garrafeira 1931; Niepoort VV (1960s bottling) and Cockburn 1969 Single Harvest Tawny

Thanks for organising the event and thanks also to those who brought mystery bottles, it was a brilliant evening. If you can find the time/effort required to scan and email, it would be greatly appreciated. I have PM'd you my email address and I will make a stab at posting the notes somewhat coherently.

This was a splendid evening. I can honestly say that I have never before tasted from so many magnums in one evening.

The Dow's vintages showed very well, the 70 being simply delicious.

Thanks to AHB for organising, at to the vendor for allowing us to buy a magnum tasting in a box 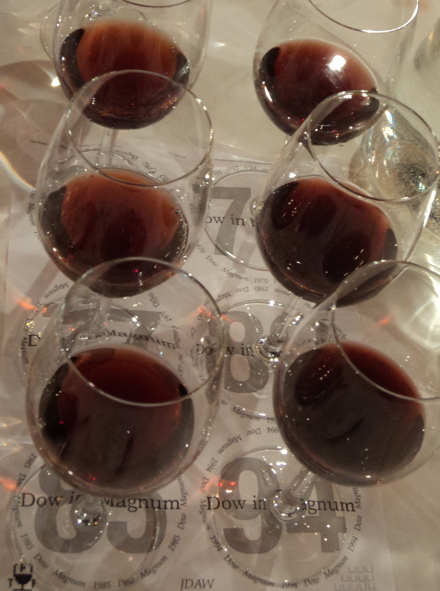 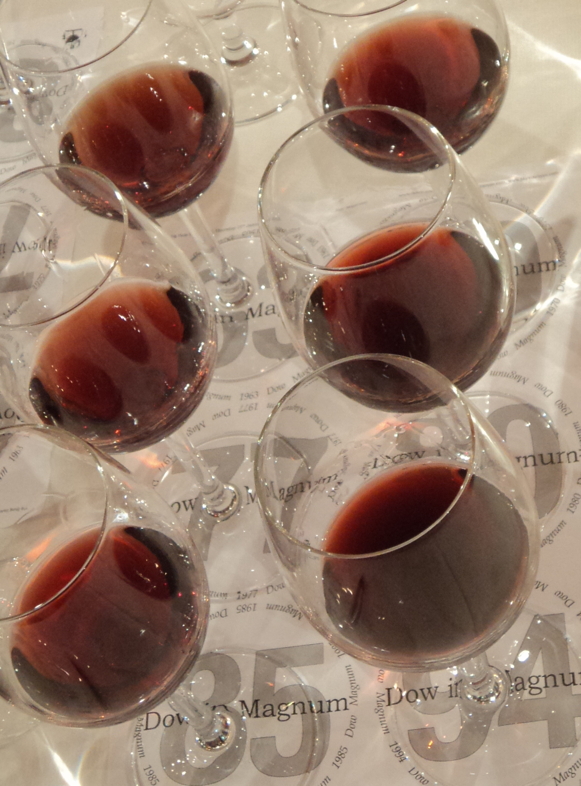 This was a great tasting - many thanks to AHB for organising

- The 63 and 70 magnums were very fine indeed - but for the 70 in particular, certainly not showing "younger" than their English-bottled 75cl counterparts.

- For me, the surprise of the evening from the Dow line-up was the 85 - drinking very well and in a really good place right now. Very moreish. Again, if anything this seemed advanced compared to 75cl bottles i have had over the last couple of years

- The particular Dow 80 magnum on show that evening seemed atypical to me - not the dark monster you usually see. For the moment, at least, (and after what must have been 6-8 bottles over the last 24 months) i'm still waiting to see what all the fuss is about with this port (although i have, of course, "stocked up" just in case i am wrong!)

- 94s just aren't to my taste at the moment (at least when drunk alongside port of proper maturity!). Something in the nose - that seems to me to be common across 94s at this stage even with extended decants - just doesn't do it for me.

- Cynthia's contributions were fascinating and scarcely believable. Which is not to take away from the fact that they made for fantastic drinking

- SW appear to have made better LBV from the late 80s and 90s than VP! (albeit i'm sure in 20-30 years we'll all realise that vast majority of bottles of SW 85/91/92/94 VP were broached at a criminally young stage and should just have been left alone...)

- Quevedo's 40yr really is quite something. I enjoyed this a lot!
Rob C.
Top

Hopefully I will be getting some TN's written up this weekend. So for now, thank you all for showing this Yank a great evening. Had a blast and was even better to see some faces and share some Port with those I rarely get to see. And of course meet some new ones as well!

JDAW, hopefully we didn't scare off your brother-in-law.