At the generous instigation of Alex B.: “Please, no-one bring anything except where I have asked for help. This is supposed to be a cellar reduction party so I am happy to supply various bottles for us to share. A handful of people know some of what will be brought, but I'll serve all bottles blind.”

So we went to a Helen-less Bung Hole to meet Amy — who had just left for the day. (No problem: we met her two days later.) 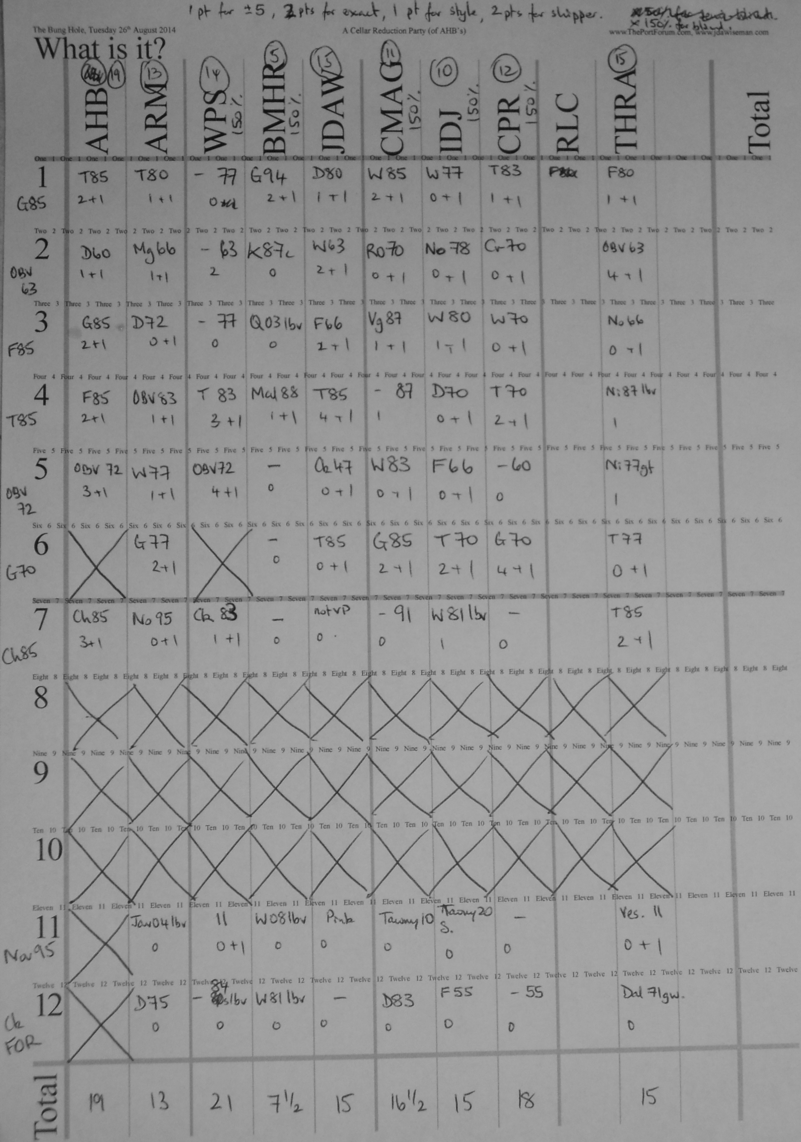 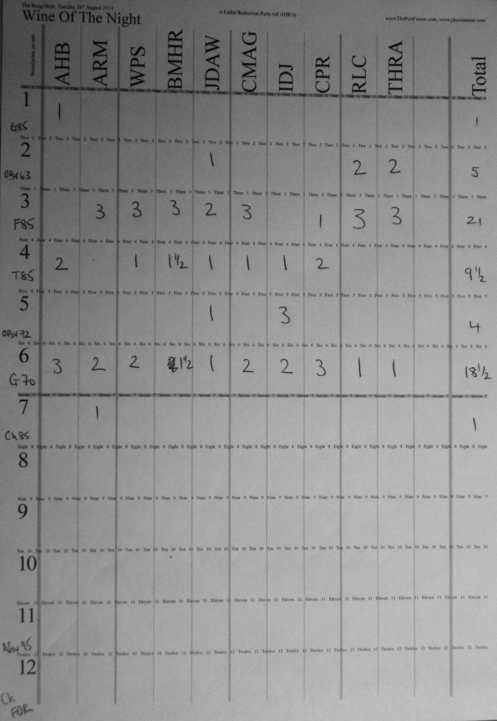 Here we go! The scores will be eagerly awaited in Somerset. I am preparing an acceptance speech.
Top

Most generously, Alex decided to catch up with his scheduled drinking for the year by having us drink it. Doff hat.

And we had a bucket of good Port that we couldn’t reliably recognise. Ignore the scoring system which awarded a point for guessing VP, and know the truth. We were rubbish.

Finally, Wolfgang asked, again, for a template for a Will. Sent!
Top

An excellent evening, good catching up with people and a special big thank you to Alex for providing some excellent port. The F85 was the best bottle I have tasted of this wine and very good, but still piped by the G870 for me.
Top

Agreed. The O72 had a wonderful texture. It tasted like a softly faded over-mature VP.
Top
Post Reply
8 posts • Page 1 of 1