Recalling that we held a small vertical of Croft at The Bung Hole on Monday 16th January 2012, originally for the purpose of testing the then-new location (planning and arrangements, review of the evening as a whole), this Croft theme was repeated. 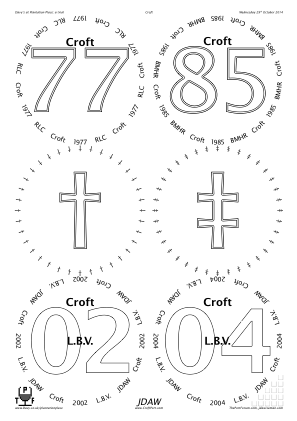 Thoroughly enjoyable evening in great company as ever. The ports were on the whole showing very nicely indeed. The exception being the VA ridden Croft 85 (supplied by Davy's). As a venue, perfectly adequate for 7 people in the boardroom, but no more than that. Food as ever was spot on and the staff their usual friendly and attentive selves. Thanks to Julian for getting us organised and to all those who supplied the bottles. My WOTN was a toss-up between the 63 and the 70. And a special mention for the 27 which after a slow start, opened up in the glass with a superb long orangey finish and aftertaste.
Top

Great evening in good company that aptly demonstrated just how good Croft were-particularly in the post war period to 1970. As a consequence of spending way too much time decanting the Cr50 on the night, my observations were a little hurried but there was little to choose between the 55 and 63 with the former just edging it in my view.

In terms of the venue-obviously smaller than TBH and with less atmosphere but fine for up to 6/7 people. I'd rate the food ok-the steak was cooked as per order but was a little on the cool side. For their first time hosting, the service was good and they didn't appear to be in any immediate rush to turf us out. Didn't attend the Woolgate tasting (which seems to be currently first in the pecking order) but interesting taking

tastings on tour and I certainly wouldn't be averse to trying other venues.
Top

A very nice evening indeed. Thanks to those who provided the bottles and to JDAW for organising the event in rather difficult circumstances. The trio of 63, 70 and 75 were lovely mature VPs in every way. The 55 was close behind but for me it was a bit tight and (surprisingly) tannic. Very nice port but just not at the same level of sheer enjoyment that I got from the other three. The 50 was a very nice wine but starting to fade. The 27 was past its prime, slightly hazy and would probably have benefited from being drunk 30 years ago. It tried hard to improve in the glass but I didn't get the wow factor that some others seemed to detect, particularly on the nose, which was just wrong. The 77 was average with a very sour note and a thinness that made it feel out of balance. The less said about the 85 the better. Never again should we buy 85 from Davy's, or anywhere else for that matter.

The venue was adequate for this size of tasting and would be very comfortable for a group of four or five.
"The first duty of Port is to be red"
Ernest H. Cockburn
Top

Pictures of the room have been posted in the thread entitled Possible new venues.
Top 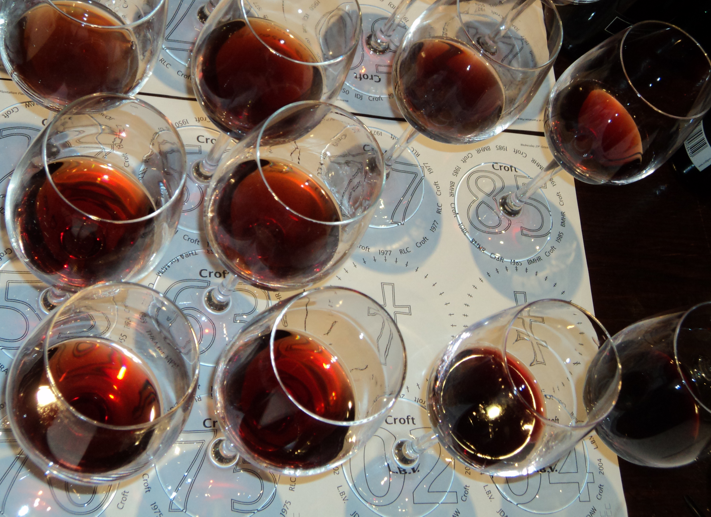 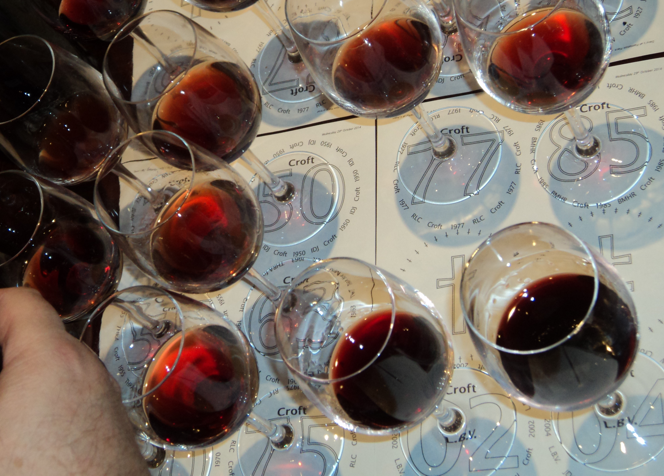 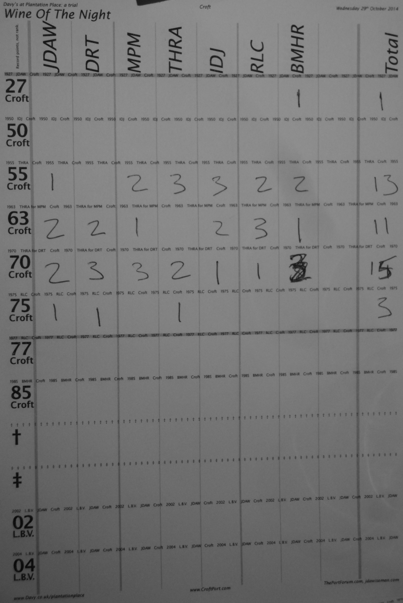 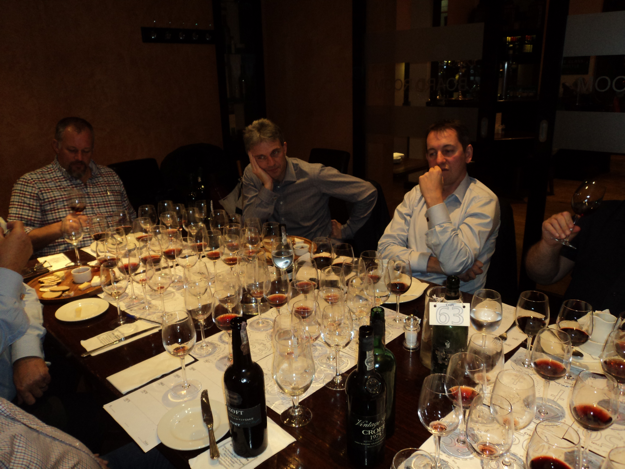 A rare privilege recently for me to be able to attend a tasting. There was a point when I thought we were going to be defeated by the lack of availability of a venue. (JDAW: thank you for being persistent enough to resolve that potential crisis!) I thought Davy's at Plantation Place was very 'Davy's'. Good food, proficient service and the reputation of TPF seemed to hold us in reasonable stead with the staff.

My main observation of the night was how much I really enjoy the Croft style from the 1950 to the 1970. Even the 1975 I would buy (and thank you to Cookie for arranging the adoption of that)! My WOTN was the 1970, but only just from the 1955. They seem to hit a plateau and be holding it - if the 1970 lasts as well as the 1955, it will be drinking beautifully into my retirement!

Thank you all for a splendid evening...I had forgotten how enjoyable these events are...note to self...make more of an effort!

I was pleasantly surprised by the quality of the wine given that Croft to me is generally very much the same with the often overwhelming character of oranges showing through but the '55 to '75 range threw in some softer fruits like strawberries and cherries...quite delicious.

Thanks to JDAW for arranging the venue and apologies for my intervention into the negotiations regarding the '85...I sincereley hope a full refund did not spoil us for future bookings.

All in All great night and great company...thank you.
Top

Cookie wrote:... and apologies for my intervention into the negotiations regarding the '85...I sincereley hope a full refund did not spoil us for future bookings.

Surely you didn't... especially on our first visit? Maybe it sounds worse in the retelling!

Sounds like I missed an excellent evening of Croft, one of my favourite shippers.
Top

PhilW wrote:Surely you didn't... especially on our first visit? Maybe it sounds worse in the retelling!

Buying Croft 85 is taking a known risk. But equally, Davy's should know/expect that selling it OTC in their pubs is also a risk. So both sides are equally guilty of taking advantage of the other!!

The Crusting Pipe were extremely understanding and accepted both bottles we bought as returns, so they cost us nothing (but neither were we able to drink anything but a tiny sample).

Given we know its faults, maybe we should avoid potential confrontation with them by not buying it from their stocks in future!
Rob C.
Top

The risk was discussed here before we bought the bottle. We knew what we were getting into and I think the right thing to have done would have been to have accepted the consequences of rolling the dice.

I agree that we should not buy it again.
"The first duty of Port is to be red"
Ernest H. Cockburn
Top
Post Reply
15 posts • Page 1 of 1