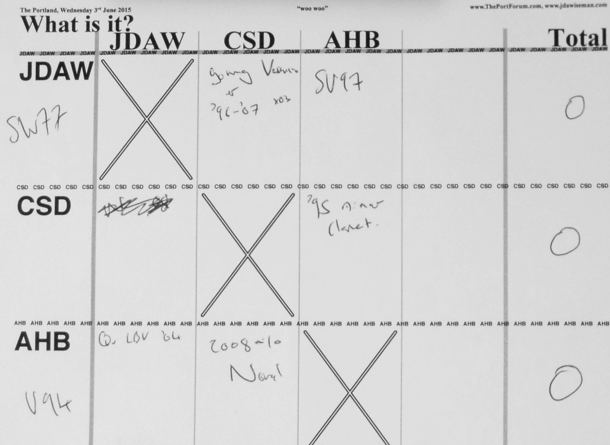 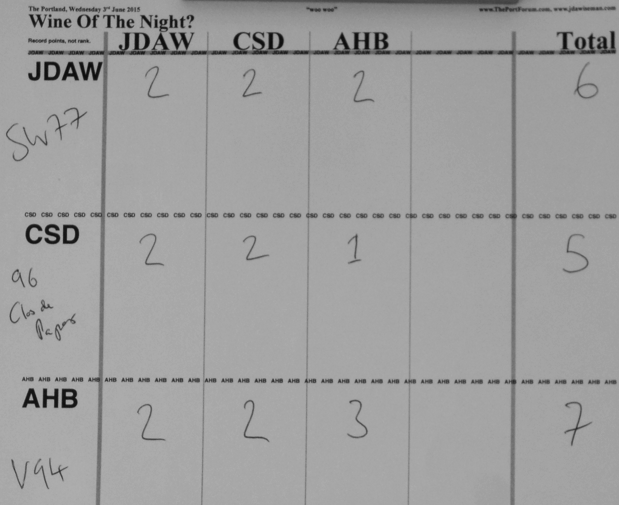 A very pleasant and informal tasting. Doty was on Woo-Woo form, and everybody else also played themselves, most convincingly.

Both Ports showed much younger than they were, and were duly mis-guessed by all.

Informed comment on this hypothesis would be interesting.
Top

Was great fun seeing Ahb and Jdaw, and they each brought wines that I consider stars of their respective vintages!

I was gobsmacked to learn the SW was 20 years older than I had guessed (smelling purple, i went with vesuvio. being slightly angular and mid-maturity, i guessed 97)

AHBºs wine also smelled of purple! what to do! I suspected it to be about ten years younger than the first, and guessed an 08 Noval (which iºve never had, but which i imagine has round, surface-focused fruit). The 94 vesuivo is a monster wine, but was a bit simple on this showing (specifically lacking a solid core to my palate - all charm no substance). AHB knows this wine better than anyone, and said it is in a good and natural place in its development, and that he would buy my cases if i tire of them. they are not for sale.

the Portland was excellent, and sold me a bottle of 1996 Clos des Papes, which I was excited to try. I thought it showed very good mature CNDP character, but not quite in the top tier of wines from that region, owing towards some dustyness and bit of slack towards the finish, but still very solid and with years ahead.

the banter was worldclass, and I hope to be back in town towards the start of wimbledon.

if anyone wants to find me in the meantime, I will be in Porto, not far from Oscar, guzzling wine.

It was good to catch up with CSD again, who has promised he will be returning for Wimbledon. The food at Portland was great and the way we were looked after was excellent despite not being able to stay at the table we used for dinner. JDAW's SW77 was quite something, dry and youthful and nothing like most mature '77s - reminds me very much of the 1986 Malvedos I am drinking at the moment.

I was pleased with my Vesuvio 1994. This is still so fat and fruity you have to work really hard to pull out the tannins and acidity, but they are there and this will be a monumental wine in 20-30 years. Think Fonseca 1966. I look forward to arguing with people over the years to come whether this is a flabby unbalanced wine that will only fall apart or whether it will turn into the stunner that I anticipate.
Top Ports in 2021: Niepoort Garrafeira 1931; Niepoort VV (1960s bottling) and Cockburn 1969 Single Harvest Tawny

In his tasting note for [url=http://www.theportforum.com/viewtopic.php?p=92206#p92206]Vesuvio 1994[/url] jdaw1 wrote:Alex said that this drinkable sweetness was typical of young 1963s.

The 1994 ports are celebrating their 21st birthday this year. I first drank Taylor 1963 on my 21st birthday in 1984. At that time it was amazingly full of fruit. The balance was from the acidity and while there were powerful tannins in the wine they were well hidden behind the fruit. Over the next few years I tried a number of other 1963 mainly from the traditional British shippers and this fruit forward, hidden tannin structure was fairly typical of what I found.

I am constantly struck by the similarities of what I experience in the 1994 ports with the 1963s. Perhaps in another 29 years I will have more experience to go on.
Top Ports in 2021: Niepoort Garrafeira 1931; Niepoort VV (1960s bottling) and Cockburn 1969 Single Harvest Tawny