Having rather enjoyed the Ramos Pinto at my 1985 horizontal in March, I bought Soho Wines’ entire stock, that being a mere three bottles, for the trifling sum of $55 each.

Cork extracted easily with screwpull. Decanted through muslin, with lots of purple mixed with red, a modicum of fine sediment, and a fine nose. In the glass the colour was slightly more purple that the picture below renders on my Mac, but it captures the richness of the red. 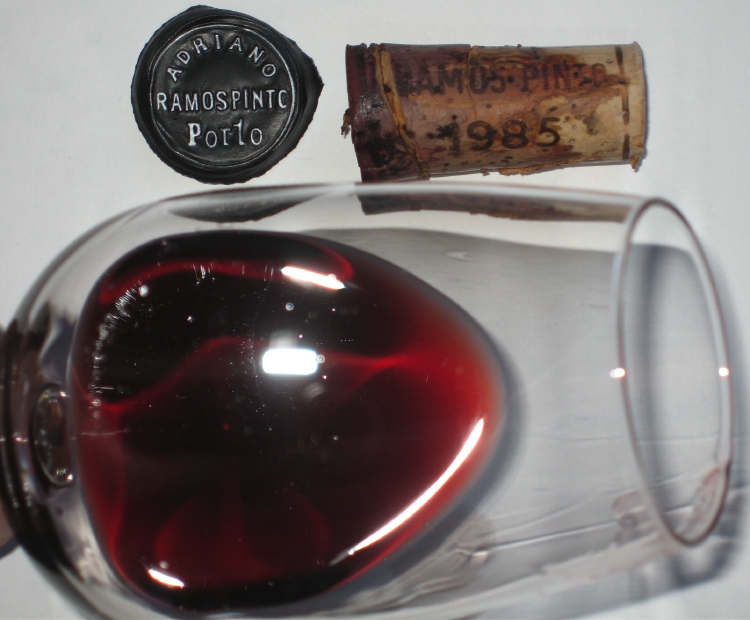 Nosing and tasting of lots of luscious fruit. The mouth-fell slightly oily—but in a good way, like mango or lychee—and luscious.


Some five hours, two bottles of London Pride and a picnic in the park later, it was slightly less fruitily rich in the mouth. But still great mouthfeel, Parker-style fruit bomb, and a lovely bottle. Second glass picture shows, correctly, no change in the colour. 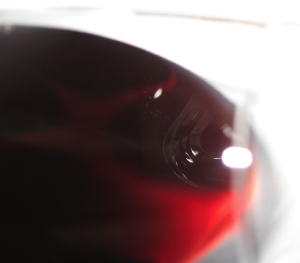 Sounds like you got yourself a great buy. Great to see the colour and the cork. You have now set the new standard for TPF TNs !
Top

The following day, from an unchilled decanter that alas seemed to be empty after pouring but one glass: still a fine port with good tannins and mouth-fillingness. Better on day 1 though.
Top

jdaw1 wrote:from an unchilled decanter that alas seemed to be empty after pouring but one glass:

Amazing, I thought that only happened to me

Derek T. wrote:I think there may be some port fairy's [sorry] out there who keep draining our decanters

You might or might not be a fairy, even of the port variety. But this is a family bulletin board so we don’t want to be told.

could other posters of TN consider themselves encouraged to…

Back to the main subject, please could other posters of TN consider themselves encouraged to include photographs of bottle, cork, and—most importantly—port.
Top
Post Reply
7 posts • Page 1 of 1