Tony Carter arranged, and donated some of the bottles for, a splendid horizontal of 1967s at The Boot & Flogger. When the arranging started, Thursday 8th June 2017 seemed like an ordinary Thursday, but it became an election night.

Most 1967s are light, well-balanced Ports, with flavours of candy and of artificial sweeteners. Possibly excepting N and CrR, they are at the end of their lives and should be drunk soon.

Thank you Tony for arranging a fantastic tasting and everyone who contributed and assisted in making this happen.

I liked the '67 Ports and agree with JDAW above, light and well balanced with lots of candy aromas. From the declared bunch, Quinta Do Noval was a favourite, followed by Sandeman and last Cockburn's. I expected a bit more from Martinez which was lovely both in aroma and taste however it was a little short on the finish compared to others.

Thank you to the Symington's for providing a 1967 Dow's; This scored highly in my tasting book that night..revisiting my notes: The 1967 Dow's has a citrus quality to it. Marmalade, caramelised orange peel on the nose and lovery red jammy fruit with spicy notes of cinnamon and clove on the palate. It had a very long finish with an intense coffee aftertaste.

My favourites of the night were QDV, Dow's, Croft, Noval Nacional. A positive mention should be made for the 1967 Taylor's Vargellas (BBR Bottling), it had a lovely freshness and the colour was clear and clean with bright hues. The nose and taste were multilayered as well! Compared with the 1970 Taylor's O.B., I had to choose the '70 as it had more to give in the future and it had a really good structure.

Thank you everyone for a great company!
Top

Some photos of the evening. 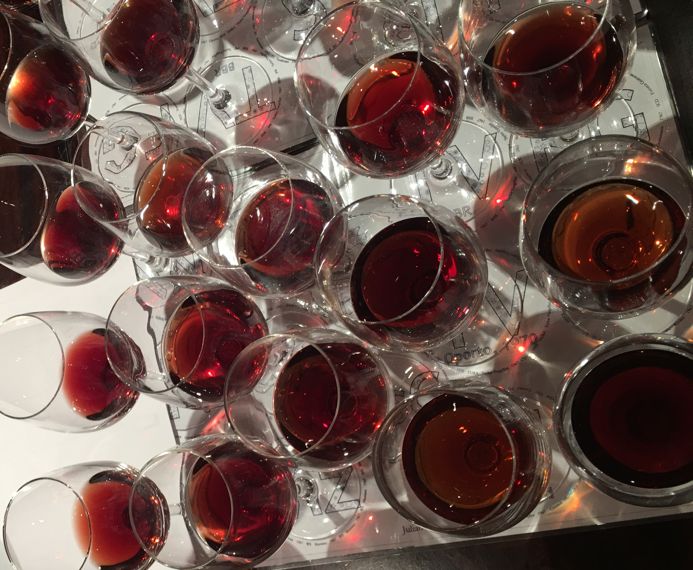 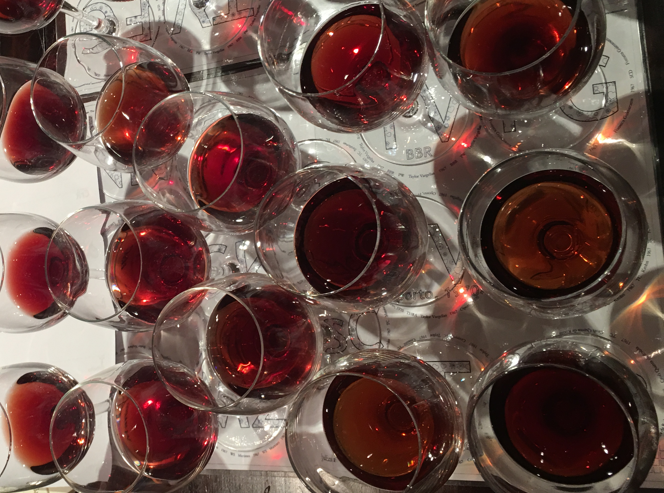 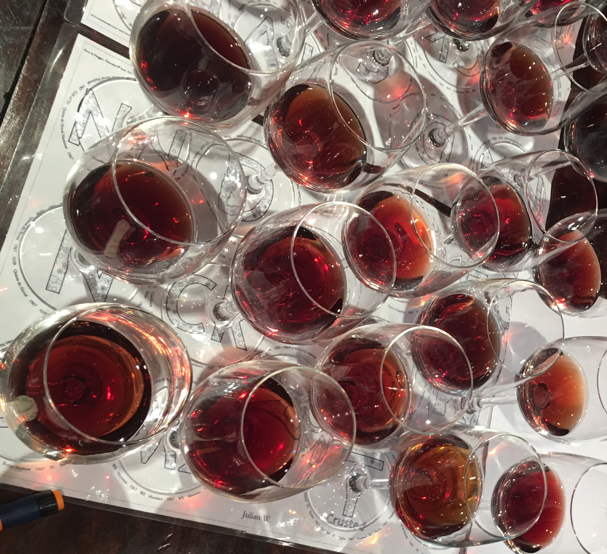 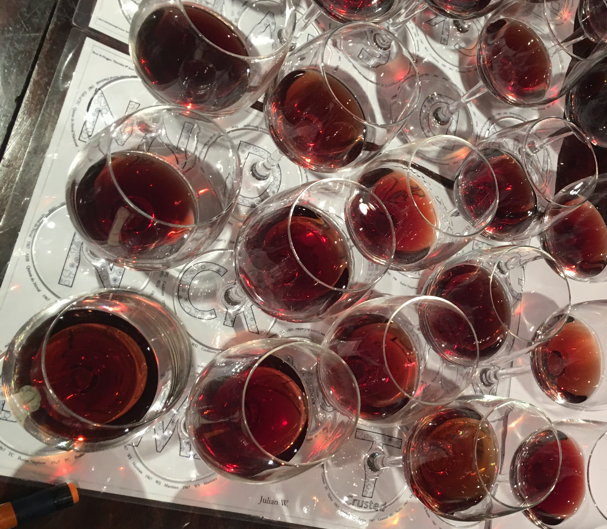 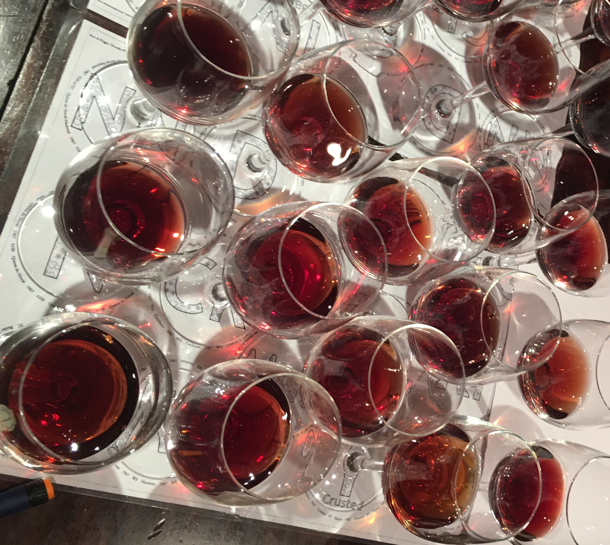 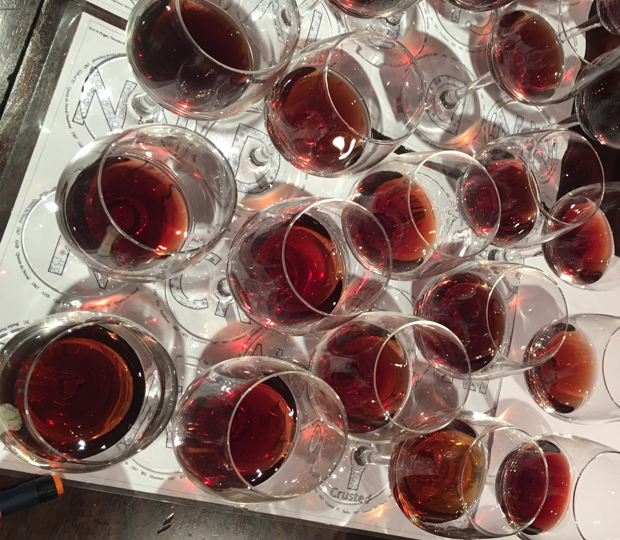 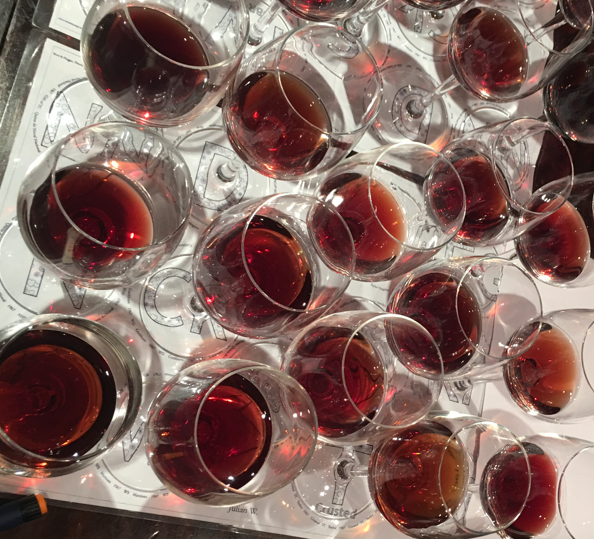 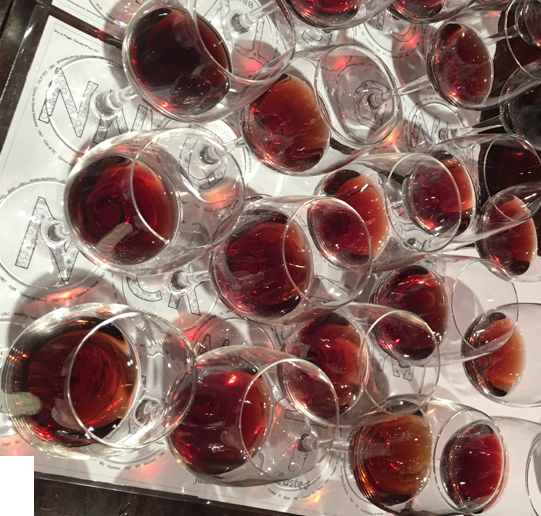 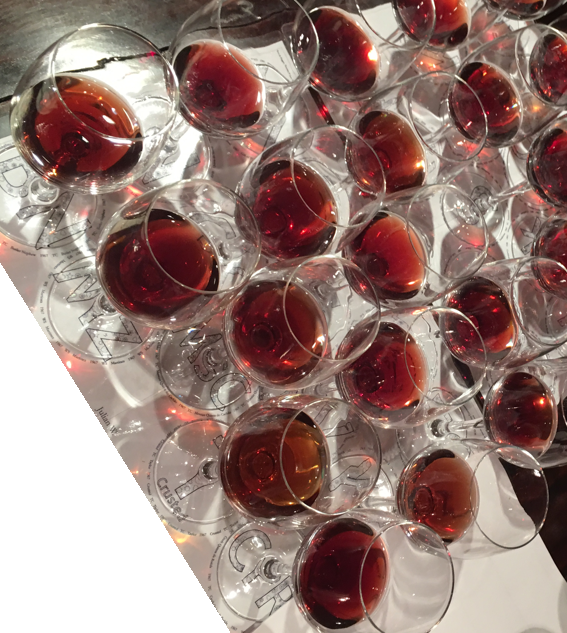 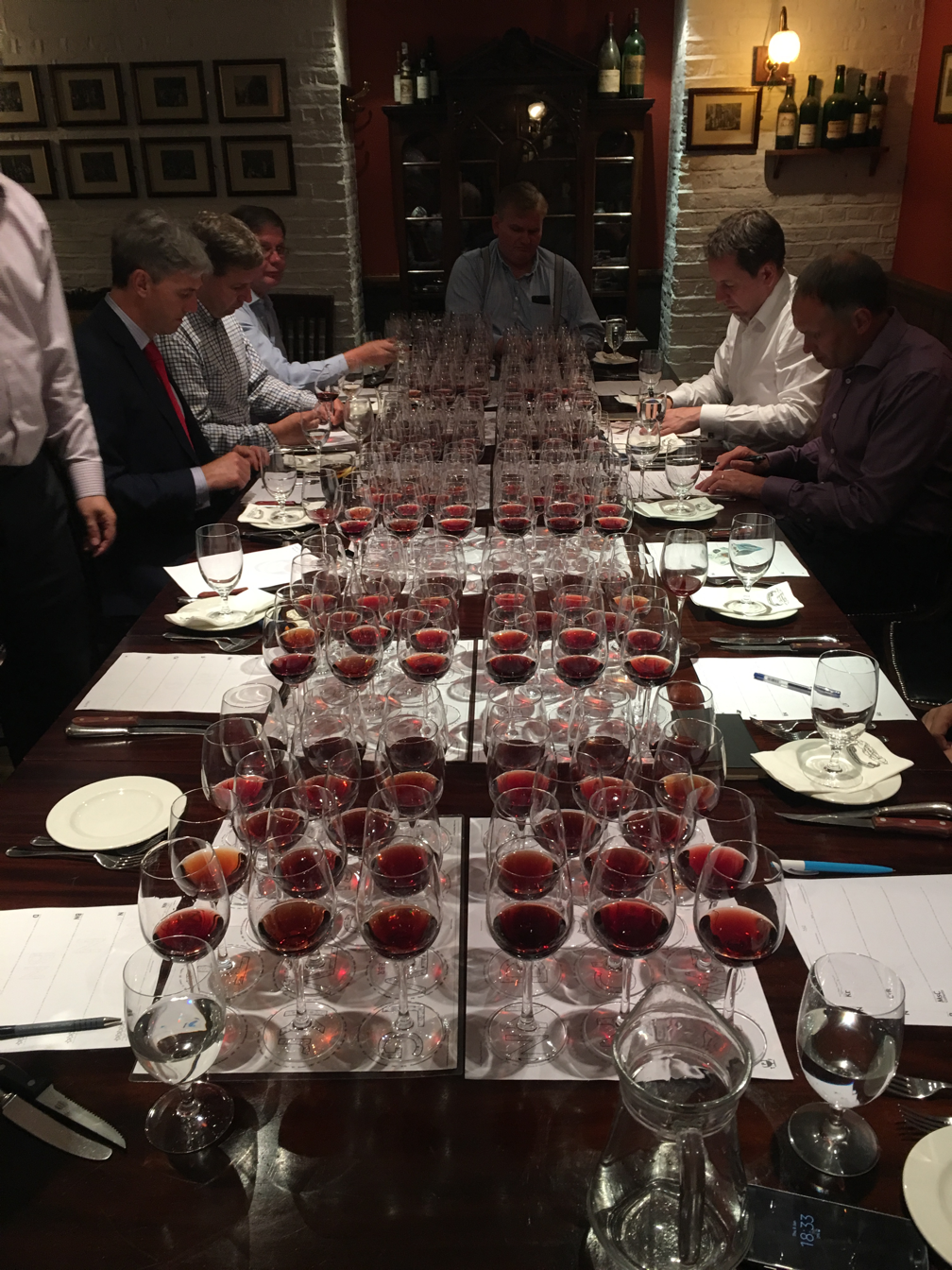 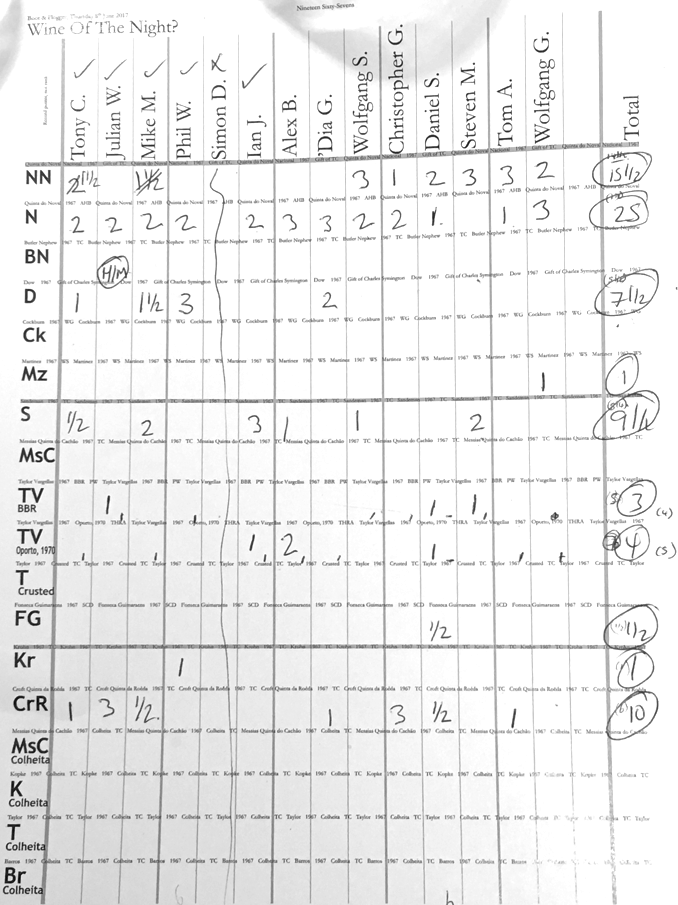 A very enjoyable and interesting evening - many thanks to Tony for organising and his generosity in supplying the Nacional for inclusion, and the tawnies to finish the evening very pleasantly. Most ports showed well, some with some surprising similarities, and several with significant variation through the evening. Individual tasting notes to follow, but some general comments and comparisons:
- a number of ports showing a common "candy" element to the taste; JDAW suggested maraschino cherries which I could not disagree with except that in a couple of cases there was little of the cherry present.
- the English-bottled TV67 (BBR 1969) vs Oporto-bottled TV67 (1970) was interesting, particularly in that most people felt strongly either one way or the other, yet the view of the table was pretty much an even split; I preferred the BBR-bottling which showed a little fruit, while the Oporto-bottled seemed to be lacking, though did have a classic Taylor profile.
- several ports seemed to vary considerably across the evening; notably:
(i) the CrR; this started superbly, would have been in my top three on first pass through the wines, but later had dropped to the middle order.
(ii) the Dow; which was fascinating, as it was nothing like a typical Dow - which was initially delicious but with flavours of treacle toffee rather than red fruit, though these seemed to disappear later and the wine went from top of my list to close to the bottom as it seemed to fall apart becoming spirity and less flavourful.
(iii) the Nacional; early in the evening this seemed quite tight, dark, with black fruit and immature, and was totally outshone by the Noval which was superb all night (my WOTN, and 2nd overall for the group); however by the end of the evening this had opened up more, and was showing an incredible range of flavours and intensity, very full, massively full of blackberries, hugely complex and very long - this had become a treat which had perhaps simply needed a longer decant, and in many ways seemed a much younger wine than its compatriots this evening (and quite difficult to compare with them from a rating perspective as a consequence).

Overall, my votes later in the evening would have been very different from my votes early in the evening; since we voted in the middle, it was a confusion of the two, as some wines improved significantly while others deteriorated, so the order of tasting and rating will likely have played a significant overall part. Worthy of note and not mentioned already above was the Sandeman, which was slightly lighter with hint of strawberry, but a very enjoyable port (all night).
Top

A special "Thank you" to you Tony for your commitment and generosity !
Also i would like to thank all of you for having welcomed me for my first time in a Port Forum Event...
...hopefully not the last one !
I really enjoyed it.
I have posted my tasting notes ... hope it's ok as i did
Cheers
Top

Re-posting photos as too small! 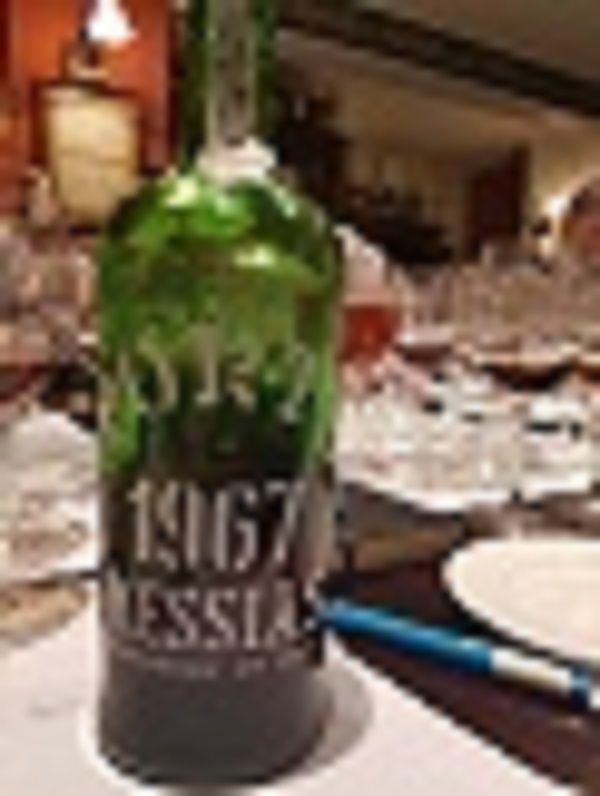 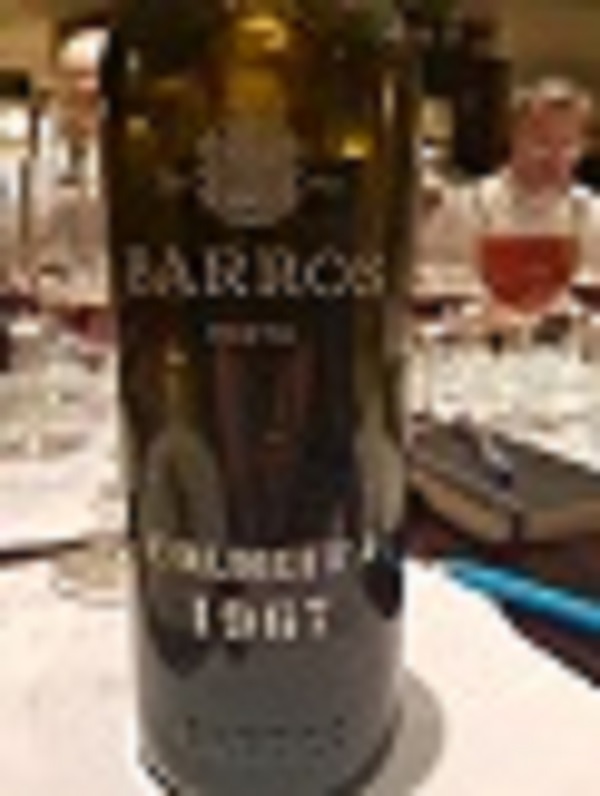 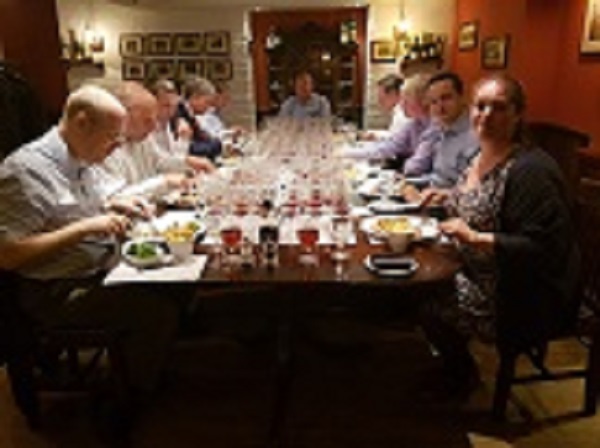 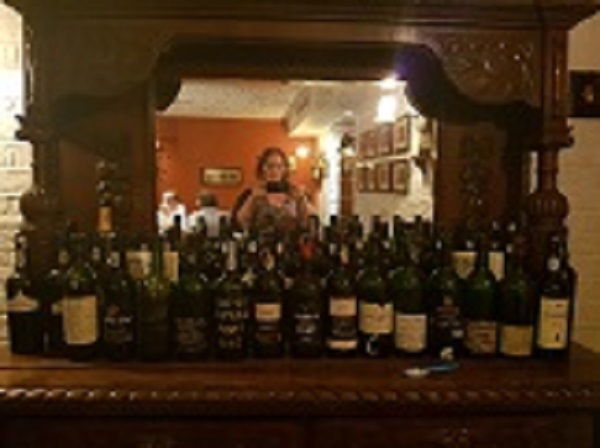 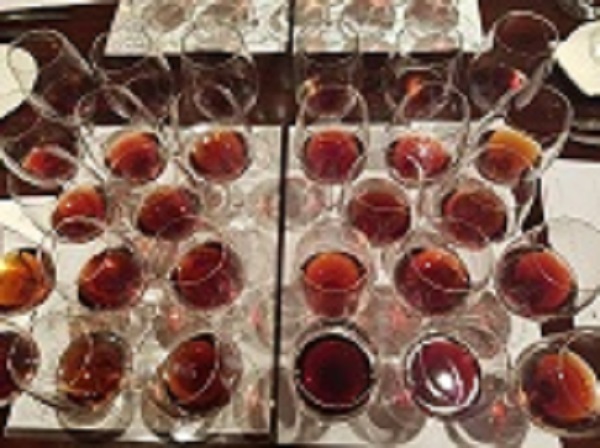 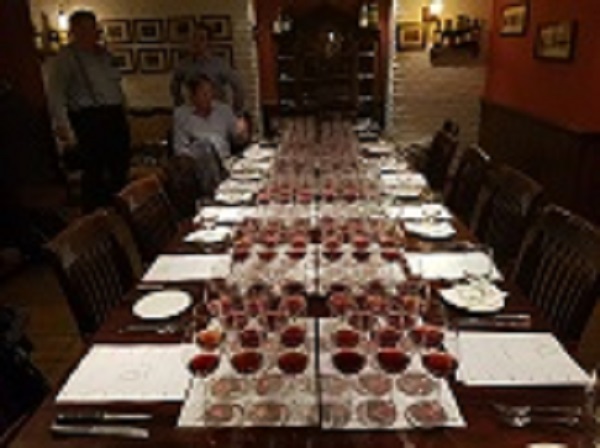 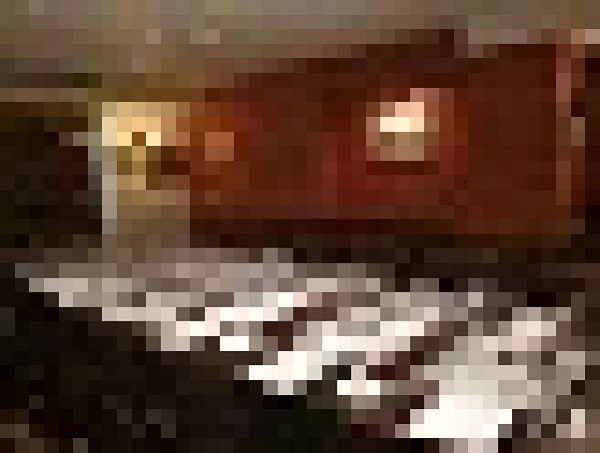 oh no.. seems this time is worse!
Top

Happy birthday Tony! And many thanks for organising a great tasting as well as the generous contribution of the NN. Doff of hat to Charles Symington for sharing a bottle of Dow '67.

Agree with many of the sentiments above - the '67s were on the lighter side, fully mature with a couple of exceptions, and generally on a very gentle stroll down from their peaks. Still very tasty though - I very much like the candied nature of some of these.
Top

Belatedly as I catch up with posting my tasting notes, I would like to add my thanks to Tony for organising this tasting and for contributing a bottle of the Nacional 1967. It was also a real privilege to be able to taste the undeclared Dow 1967. I have long been a fan of the 1967 vintage and was not disappointed — for once my favourite port (the Noval) being the same as the majority!
Top Ports in 2021: Niepoort Garrafeira 1931; Niepoort VV (1960s bottling) and Cockburn 1969 Single Harvest Tawny

Top Port in 2022 so far: the most stunning bottle of Quinta do Noval Nacional 1931. I have never drunk such a wonderful bottle of Port.
Top
Post Reply
16 posts • Page 1 of 1