This post to hold the summary of the tasting and links to other relevant threads. 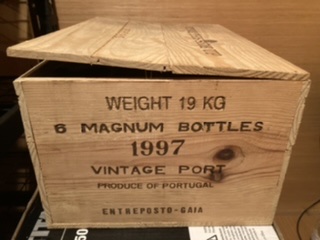 
This morning I made the trip to Basingstoke to collect the magnum of Berry’s Own Selection 1997 for tomorrow night. This is the first bottle out of a case of six magnums. 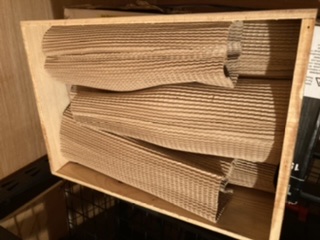 
The magnums came wrapped in card sleeves. I like these sleeves because they quickly show whether there has been any leakage - none was seen. 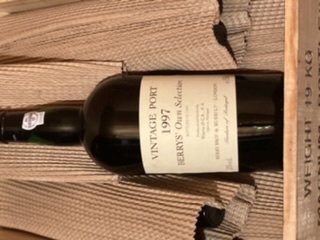 
The magnum looks immaculate. It will be opened this evening around 8pm and then double decanted tomorrow morning around 8am.
Top Ports in 2021: Niepoort Garrafeira 1931; Niepoort VV (1960s bottling) and Cockburn 1969 Single Harvest Tawny 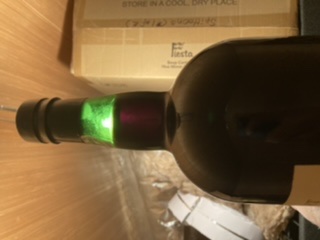 
I should add that the contents of the bottle appear to be in perfect condition.
Top Ports in 2021: Niepoort Garrafeira 1931; Niepoort VV (1960s bottling) and Cockburn 1969 Single Harvest Tawny

Bottle was base of neck.
Cork was pretty much saturated and disintegrated on removal - or rather part removal.
Top 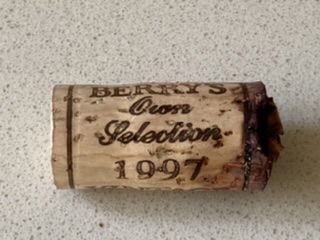 
The cork from the magnum came out cleanly and in one piece - perhaps due to the first proper use of the JDAW patented cork pusher set to 5mm.

Much thanks to everyone who helped organise last night; it was a great location for a port tasting, with excellent facilities and fascinating surroundings. Our hosts were good company, and managing to provide an RV60 at the last minute (which I thought showed very well too) was much appreciated; good cheese-board too!

The wines spanned the range from the fabulous ('66) to the undrinkable ('83); we had three clearly faulty bottles from the fourteen, being the '70 (light TCA), the '75 (weird, see below) and the '83 (terrible). Much discussion was had regarding the 75, with the suggestion that a poor aguadente could have been used rather than this being a single-bottle fault; whatever the reason it was grim - when I first smelled the '75 I thought someone nearby had just been and had a cigarette and then breathed in my direction... but no, it was the port; some did not taste it, but I took the risk - it tasted no better than it smelled; terrible, if not quite as bad as the '83 - there being no merit in that statement! I left both.

At the top end the '66 was glorious, and I really enjoyed the '60 (Rebello Valente) with softer style but delicious mature port, and doff hat for BBR locating and bringing this bottle, thank you! The '97 also stood out for me amongst the younger wines as well; I probably want another 5-10yrs on it, but was very impressed by it (now I need to see whether I feel the same when the bottle isn't a magnum, since I expect that would then be slightly more mature already).

Overall a very enjoyable evening, and great to be back in good company as well as in such lovely surroundings after so long.
Top

Many thanks to IDJ for organising, and to everyone who brought wines, and to Tom and Sebastian for hosting so charmingly. It was enormous fun.

The left hand group (60,63,66) and right hand group (97,00,03) were clearly the best with those in between less consistent. The 70 (TCA) and 83 (heat damage) were flawed. I was not sure about the 1991, it had an acrid note on the finish, but it may have been representative - previous notes on the main blend on this forum are 80% uncomplimentary. I enjoyed the 1977 which is still developing on this showing, and the lush 1994. The 1975 divided opinion - I quite enjoyed it but I agree it has a very different character, perhaps some aguardiente de cana had made its way in.
Top

Many thanks to Ian for making this happen, and to Tom, Sebastian and BBR for their kind hosting and hospitality. Very enjoyable evening with great company and a special setting!
Top
Post Reply
8 posts • Page 1 of 1