Consumed at the Old, Odd & Great Off-line at the Portal Restaurant in London on 11th July 2008.
"The first duty of Port is to be red"
Ernest H. Cockburn
Top

Thread title corrected to fix year. Like it matters.

1987 Prager, of Napa Valley: the longest-owned port in my collection (my Queens’ College supply of Noval 1963 having been exhausted in 2004). A fine red colour, without bricking. Nose: horrible. Palate: horrible. Later it might be that I deluded myself into thinking that it was less horrible than earlier, though still utterly undrinkable. In some sense, this was a combination of a medium-poor dry red with a poor port.

It met the specification of “odd†, though was otherwise useless.
Top

There is nothing in JDAW's description that I can disagree with so it only leaves me to thank him sincerely for giving us the oportunity to share in the long-overdue demise of this liquid. I pity any beasts who happen to live in the drains of the Portal restaurant.
"The first duty of Port is to be red"
Ernest H. Cockburn
Top 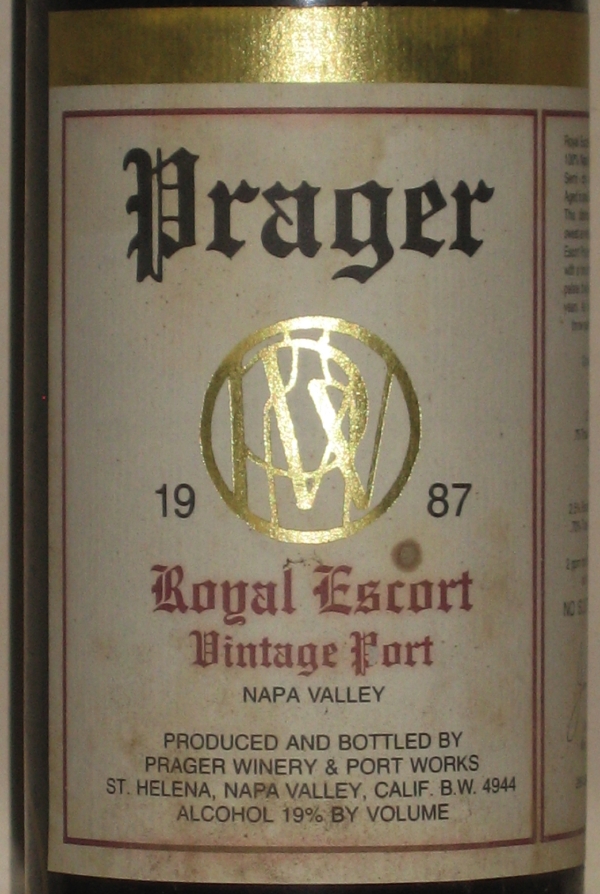 We might not have liked the product, but have a commendation for a good label (despite the inconsistent capitalisation).

Royal Escort Port is made from 100% Napa Valley Petite Syrah. Semi - dry - unfined - unfiltered. Aged in small French oak barrels. This distinctive port is not as sweet as most other ports. Royal Escort Port is a deep garnet color with a hint of ripe cherries on the palate. It will age and improve for years. As it ages, this port will throw sediment, so decant.

Signed, in my presence, by the maker: 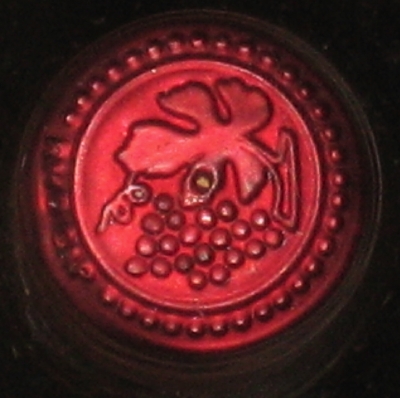 I did seem to enjoy this more than the others - but then it was very clear that this was not port!

California fortified wine made from Petite Syrah. Mid red colour, colour holding nicely into the rim. Lots of bottle stink smells and sweaty aromas, DRT described them as cheesey. With a bit of persistence, there were some sour cherry tones on the nose but the alcohol was also showing through. Thin in texture, almost watery. Very dry in the mouth and surprisingly tannic. Lots of bitter cherry but fairly interesting in the mid-palate. A long aftertaste of Angostura bitters and unripe blackcurrants. Clearly not port, but an interesting and enjoyable wine - at least it will be when the bottle stink has blown off! 85/100. Allowed about 2 hours in the decanter before we gave up.
Top Ports in 2019: Niepoort VV (1960s bottling) and Quinta do Noval Nacional 2017
Top Ports in 2020 (so far): Croft 1945 and Niepoort VV (1960s bottling)
Top
Post Reply
8 posts • Page 1 of 1

Return to “Other Wines”